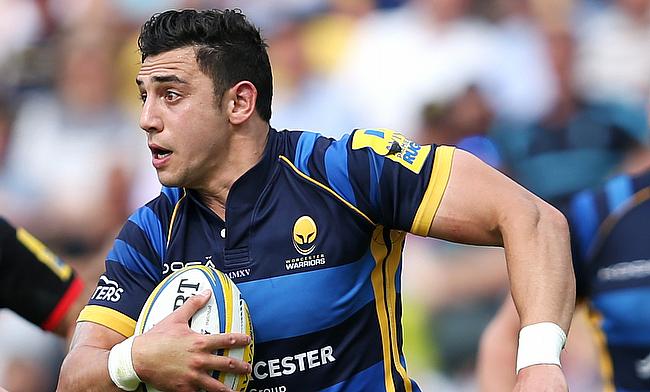 Harlequins move to third with 17-38 win over Newcastle Falcons
May, Ford guide Leicester Tigers to 34-16 win over Gloucester
Saracens move to top despite 24-18 defeat to Sale Sharks

Bryce Heem scored twice with the second and decisive try coming in the 18th minute of the added time as Worcester Warriors completed a thrilling 21-19 win over Bath Rugby at Sixways on Saturday.

Despite the win, Worcester are positioned 11th in the table but have increased their gap over 12th placed Newcastle Falcons to four points while Bath are at eighth place.

In what was an anti-climax for Todd Blackadder's men the second of Heem's try came when the visitors were down to 11 men following a red card and three sin-bins.

The first quarter saw Freddie Burns kick three penalties to give Bath a bright start while the Warriors had a gloomy period with lock Michael Fatialofa sin-binned for a dangerous tackle.

Duncan Weir's 28th minute penalty goal got Worcester off the mark but Bath had a fantastic first half of the game that saw gain a 3-19 lead after Zach Mercer's 33rd minute try followed by Burns' conversion and penalty goal.

The Warriors showed better intent in the second half with Weir kicking a penalty and was followed by first of Heem's try in the 58th minute as the gap came down to eight points by the end of the third quarter.

Their momentum took a boost when Bath had Ross Batty sent-off for a dangerous neck roll on Sam Lewis by the 64th minute and Weir slotted a penalty kick to reduce the trail to five points.

As Bath continued to offend in the scrum and with Max Lahiff, Lucas Noguera and Aled Brew all sin-binned the game stretched to 18 added minutes and it was Heem went over and Weir kicked a vital conversion to complete a 21-19 win for the Warriors.