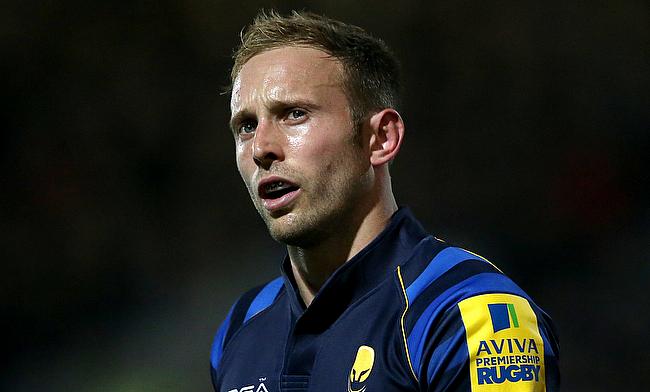 Chris Pennell has been with Worcester Warriors since 2007
©PA

Worcester Warriors have confirmed that full-back Chris Pennell has signed a new two-year deal with the Gallagher Premiership club.

The 31-year-old joined the Sixways outfit in 2007 and has racked up over 200 appearances for the club since then being an integral part of the Alan Solmons' squad.

“I have been here a long time and the body is feeling really good. I am still enjoying my rugby and I still feel that I am learning a lot," he told the official website of Worcester Warriors.

“Certainly for the next two years I want to push my standards on but I also want to influence the next generation in a really positive way and do what I can to bring a couple of youngsters into the fold as well.

“The exciting thing for me is what this Club is going to look like in three or four years’ time. I might not be in a playing position by that stage but if I can influence some of these youngsters so that they are absolutely flying three or four years from now I will look back and be really proud.

“This Club has been my life for the last 13 years. I am incredibly passionate about the place and about taking us to the next level. I truly think that we have got the group of players and coaches to really kick on.”

The 31-year-old played a solitary Test for England in 2014 and is the top point-scorer among the current squad with close to 400 points including 39 tries. He was also part of the squad that clinched the 2014/15 season of Championship.

“Chris has been an unbelievable servant of the Club," said Solomons.

“He is a Warriors man to his bootstraps and his contribution has been immense. He is an outstanding player, brilliant team man and serves on the leadership group.

“Perhaps, more importantly, he is an absolutely top-class bloke. We are extremely fortunate to have him here at Sixways and it is terrific news that he is extending his stay with us.”

Worcester Warriors are positioned 11th in the Gallagher Premiership table with four wins from 12 games.