Goode: I’m backing England, but Wallabies will be dangerous 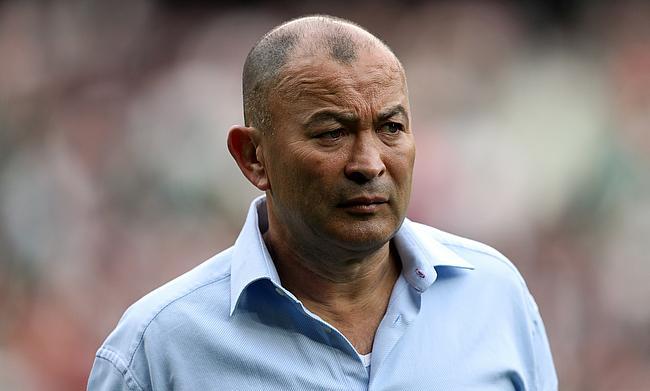 Andy Goode is positive about England’s chances against Australia when the two sides clash in the quarter-finals of the Rugby World Cup.

England have not lost to Australia since being dumped out of the World Cup pool stages four years ago and Goode believes Eddie Jones’ side will get the job done, but he is also wary of the threat the Wallabies will pose.

Speaking on behalf of GentingBet, Goode said: “I’m going with an England victory by eight points.

“I think, every time we’ve played Australia since Eddie Jones took over, English fans and pundits have always been extremely confident in us doing a job.

“World Cups do, do funny things to people. The Aussies always rock up at a World Cup and perform above the level that we perhaps think they are at. They’ve definitely got a big performance in them.

Just a couple of Englishmen in myself and @jimhamilton4 predicting the @rugbyworldcup Quarter Final between @EnglandRugby and the @wallabies for @Genting_Bet with @petecolley. Have a watch here???? pic.twitter.com/F1wxxd9l6c

“They got their biggest ever win over the All Blacks in the Rugby Championship, so by no means is it a foregone conclusion. Obviously, I’m going to massively back England with Farrell at the forefront at 10 and Billy Vunipola and Manu Tuilagi being our physical ball carriers to get us on the front foot.”

When Jones announced his squad on Thursday, there were certainly murmurs about selection. Leicester fly-half George Ford, who has scarcely been on the bench since the Six Nations, finds himself in the number 22 shirt amongst the replacements.

Having been perhaps one of England’s best players so far this tournament, Goode admits that he is surprised to see a change in philosophy from Jones, but still believes that Farrell’s best position is flyhalf.

“George Ford started every game over the summer series and off the back of that, the World Cup and he’s played pretty well,” Goode said. “With Henry Slade back fit, he’s (Eddie Jones) has moved Farrell back to 10, Manu at 12 and Slade at 13.

“Henry Slade and Manu, I’ve got no doubt, they’ll be interchangeable. It is a bit of a shift back from playing Owen Farrell at 12 to playing him at 10.

“It’s interesting as he’s not played there in an England shirt over this period and to go back there for a quarter final, the biggest game we’ve played so far at the tournament, is quite interesting.”

Other surprise selections include Courtney Lawes being selected at lock ahead of lineout expert George Kruis. Northampton’s Lawes is a much more physical and direct player, perhaps being selected because of the physical dominance that this Wallabies side have shown in the pool stages.

“Historically Australia always played what you would consider, a great brand of attacking rugby and there have been question marks about that forward pack,” Goode said.

“Tolu Latu at hooker has been fantastic for them, they’ve got a bit of bite with Rory Arnold and Izack Rodda in the second row.

“Then you’ve got Hooper and Pocock, two of the best players in the world for quite some time in those positions and Isi Naisarani at eight. He’s pretty special as well. Their set-piece has improved no end and, whilst it may have been a weakness in previous years, it is certainly a strength now.

“This Australia team, if you look at it, they’ve got world class players spread across the field. I was surprised to see Will Genia start at nine ahead of Nic White because I don’t think that Genia has been performing anywhere near the levels that we have seen previously. It’s going to be a real test for England.”

As ever in rugby, the key battles will be fought in the trenches, the breakdown always being a skirmish. England and Australia’s quarter-final in Oita is made all the more enticing by the battle of young and old in the six and seven shirts.

David Pocock and Michael Hooper have been performing on the world stage for much of the past 11 years. Their opposite numbers weren’t even teenagers when the Wallaby duo were making waves at the highest level of the game.

Sam Underhill at the age of 23 and Tom Curry, 21, no doubt are the future of the game and Goode expects this to be the rivalry of the match.

“It’s the main battle. Hooper and Pocock have been the best exponents of what they do in the game for 10 years now and we’ve got Curry and Underhill coming in as youngsters, in a similar mould and similar ilk to those players.

“You hope from an English perspective that you see the two young contenders in a match-up of the old against the youth. Curry and Underhill are class operators and Eddie Jones is no mug.

“He knows that to win against Australia, you’ve got to nullify Pocock and Hooper. They are world class at what they do and Curry and Underhill are our versions of that, albeit with quite a bit less experience, but with a lot more enthusiasm.”

Andy Goode was speaking on behalf of GentingBet. For all your Rugby World Cup odds visit here.  18+ begambleaware.org.