George Ford drops to bench for England's quarter-final against Australia 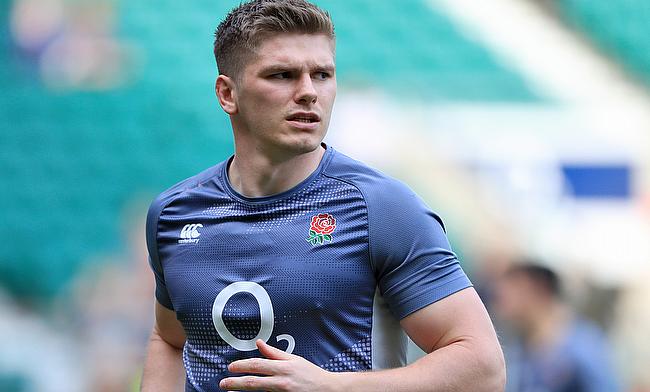 Owen Farrell will start at fly-half for England
©PA

England coach Eddie Jones has dropped George Ford to the bench for the upcoming Rugby World Cup quarter-final to be played in Oita on Saturday.

Ford has been a regular starter for England in the ongoing tournament and has been among the impressive performers for the red rose team but now will provide impact from the bench with skipper Owen Farrell taking the fly-half position.

Manu Tuilagi shifts from outside centre to inside with Henry Slade promoted to the 13 slot as Jones retains the combination that was predominantly followed during the Six Nations earlier this year. Anthony Watson and Jonny May are retained at wings with the latter set to make his 50th appearance for England.

"It's a great achievement and an honour for Jonny and his family. Everyone in the team is really pleased for him," Jones said.

"I think this World Cup has really shown how hard he has worked at his game. He has come back from a significant knee injury to be close to the fastest winger, if not the fastest winger in the world, and has the ability to score tries from any situation."

As Mako Vunipola recovers from a hamstring injury, he has reclaimed the loosehead prop position from Joe Marler, who joins the replacement list which also has George Kruis with Courtney Lawes taking his place to form second row partnership with Maro Itoje.

Jones has also retained his faith in Tom Curry and Sam Underhill, who will form the back-row along with Billy Vunipola but Jack Nowell misses out on the matchday squad as he failed to recover from a hamstring injury.

"Australia are a clever team, they will have some specific attacking strategies to play against us so we need to have a great situational awareness," the England coach added.

"We need to defend with brutality and when we have the ball we need to play on top of them."