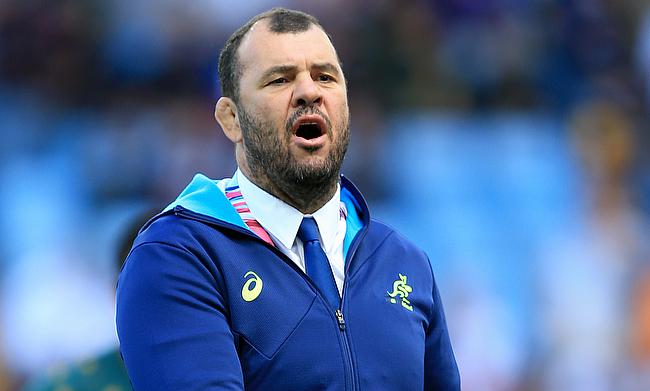 Australia head coach Michael Cheika said his team is excited about the prospect of a potential World Cup quarter-final against England.

England have already finished at the top of Pool C while Australia are likely to end second in Pool D as Wales are set to win their final game against Uruguay that will seal the top spot setting up a potential quarter-final game between Eddie Jones' men and the Wallabies in Oita on 19th October.

With England's final game of the opening round against France called-off due to Super Typhoon Hagibis, they had an extra week rest as compared to Australia, who had to sweat their way to a 27-8 win over Georgia.

"We excited about the prospect of having great preparation for the quarter-final now," said Jones.

Nevertheless, Cheika played down the advantage of England having an additional week rest and insisted that the performance on the day matters.

"They'll be really looking forward to this contest, you can see that in the dressing room already," he added.

The last time these two teams met in a World Cup was in Pool A clash at Twickenham Stadium during the 2015 edition which Australia went on to win 13-33 but England have won six consecutive games against the Wallabies since then.

Championship clubs slam RFU over their decision to slash funding