Gloucester head coach George Skivington: "I am under no illusion of how important this derby is" 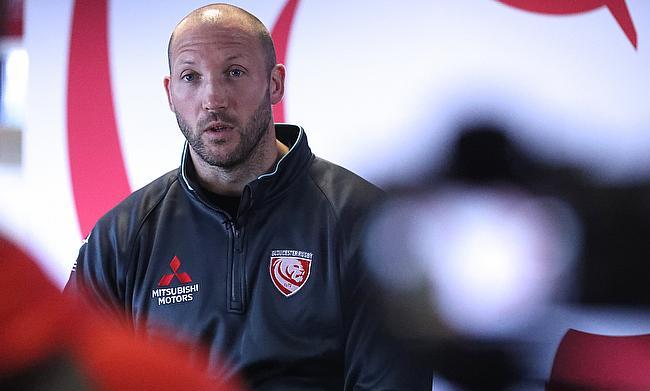 Rhys Priestland to join Cardiff Blues ahead of 2021/22 season
‘To see the pain on his face, you knew it was serious’ - Wasps on Jack Willis' injury
“I think I’ve come on a lot”: Johnny Matthews keen to make his mark with Glasgow
London Irish hooker Motu Matu'u suspended for six weeks

Gloucester come into Friday night's West Country derby with Bath off the back of an 18-17 loss against Bristol Bears.

Now with a trip down the M5 on the horizon, the Cherry and Whites are looking to pick up just their second win of the Premiership season, having not tasted victory since overcoming Wasps at the end of November.

Since being appointed as Gloucester’s Head Coach last July, George Skivington is still a fairly new face to the Kingsholm faithful, but he fully appreciates the importance of a clash against your local rivals after experiencing the East Midlands derby during his playing career.

“There is not too many derbies throughout the country in this sort of level,” Skivington told TRU. “I think Leicester-Northampton is probably one, but I am under no illusion of how important this derby is to Gloucester and Bath.

“I have had plenty of emails from supporters and stuff over the time I have been here, and this is the game that gets mentioned the most. It is obviously a shame that the supporters can’t be there, and we were supposed to have a few there the last fixture and that got cancelled, so I haven’t seen that side of it yet.

“It has been talked about this week and I think, particularly the guys who have been at Gloucester a long time, it means a lot to them and I know Bath have talked about it as well. It does make these fixtures special and I feel very privileged to be a part of it.”

Head Coach George Skivington spoke to the press yesterday ahead of our 2??nd West Country Derby in as many weeks.

When the last meeting between the two sides took place at the tail-end of September, Gloucester lost the fixture 31-20, as Bath’s march to the top four of the Premiership table went largely unhindered once the season restarted in August.

This term, there isn’t too much between the two clubs, with Gloucester sat at the foot of the Premiership table, and Bath two places above them in 10th. Of course, the Cherry and Whites can now afford to play with more freedom following the RFU Council’s decision to put a hold on relegation for this campaign.

Skivington maintained throughout Wednesday’s press conference that getting rid of relegation would not change how Gloucester would attack this season, with the relatively new coaching group now getting a further opportunity to implement their style of play on the squad they inherited seven months ago.

Across sport, there is a saying that 'when it comes to local derbies, form goes out of the window.' Playing your neighbours brings a different intensity, a different ferocity and a separate mentality that can break form and it can potentially lead to a positive run of results.

In addition to this, derby games are often the best remembered. This is because matches are marked on the calendar from the moment fixture schedules are released and the history of the previous encounters are revisited in preparation for the latest instalment.

“The history behind it all, I think if you enjoy the history of the game and actually buy into the club you are playing for for that period you are there, however long that is, you appreciate these derbies are 100 years old,” Skivington said.

“There is plenty of names before you who have given everything they have got. You appreciate in a town like Gloucester how much it means to the supporters, but with the local team down the road, you know it is bragging rights down the pub and there is no doubt that people have got pals who are living halfway between Bath and Gloucester and you want to give Gloucester fans something to brag about when they can get back in the pub.

“It’s exciting and it is the history of it. It is the fact that you have got a very small part to play in one derby game, hopefully more, but this one in the current time will always be remembered, for whatever happens.”

Whilst Skivington’s involvement in this unique fixture is still in its embryonic stages, his captain has become something of an experienced hand when it comes to this particular local derby.

Lewis Ludlow knows what the intense rivalry means to his club and the Gloucester skipper has certainly not shied away from the challenge which the Cherry and Whites have endured so far this season.

One of the competition’s most staunch defenders, the 26-year-old made 32 tackles in their 28-20 loss to Exeter Chiefs on Boxing Day and that grit and determination is also evident amongst Gloucester's West Country rivals.

Bath have been on the wrong end of some disappointing results this season, but they did get back to winning ways with a hard-fought 27-22 victory against Sale Sharks last Friday night.

Hard fought is certainly one way of putting it. Tom Dunn surpassed Ludlow’s tally of 32 tackles in a game, putting his shoulder in on 34 occasions as the hooker - as well as Tom de Glanville and Josh Bayliss - all crossed the whitewash to add four points next to their name on the league table.

“Somebody asked me earlier on in this week ‘Tom Dunn beat your record for this year of 32 tackles with 34’ and I was like, that is a record you don’t want,” Ludlow said. “You don’t want to be making 34, 35 tackles a game.

"You then walk off having made 10 tackles as a backrow and you can class that as a good game and nobody else has had to make double figures.

“The nature of the Premiership now, teams are trying to work out who is the fittest. We, ourselves, try and keep the ball in play as we back our fitness, and it will come down to defence so if it comes to barring up as a defence contest [against Bath], I’ll back us every time.”