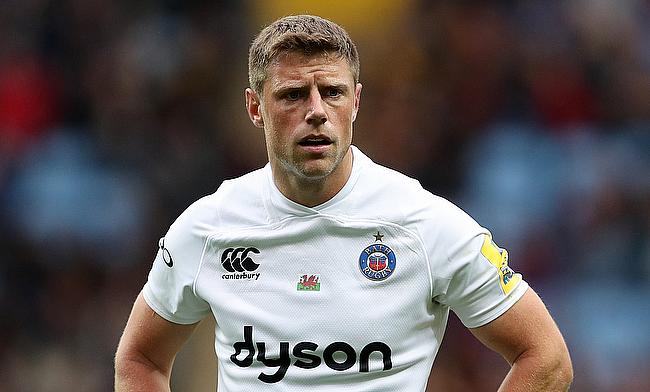 Fly-half Rhys Priestland will return back to Welsh province ahead of the 2021/22 season after signing a long-term contract with Cardiff Blues.

The 34-year-old will make a switch from Bath Rugby in the summer when his contract with the Gallagher Premiership club comes to end. He has been associated with the Recreation Ground based club since 2015 and has made over 100 appearances for the club scoring 810 points.

Prior to his association with Bath, Priestland played for Scarlets between 2007 and 2015 featuring 150 appearances for them.

“I have loved my time at Bath. I needed a change of environment and possibly stayed at the Scarlets a year too long but moving here has been great for me," he told the official website of the club.

“Some of the coaches and players I have had the opportunity to work and play with has been great, I have learnt a lot and enjoyed playing in the Premiership.

“However now is the right time to come back to Wales and I’m really excited about the future at Cardiff. They have a really exciting squad with a lot of good young players and some talented young coaches who I know well like Richie Rees, Tom Smith and Dwayne Peel, who will also be joining next season".

Priestland has played 50 Tests for Wales since his international debut in 2011 but has not played since the 2017 November clash against New Zealand. He was also part of the Wales squad that reached the semi-final in the 2011 World Cup and clinched the Six Nations Grand Slam in 2012.

Cardiff Blues interim director of rugby Dai Young reckons Priestland's experience will add to the depth of the squad.

“It is important to have quality players competing for every position and Rhys will bring further strength and depth to our options in the number 10 jersey and drive standards.

“He brings an abundance of experience and having worked in the Premiership for so long, I am very aware of the qualities he will bring to Cardiff Blues. He is a first class goal-kicker, with a quality tactical kicking game and is a great distributor, who can run an attacking game while also sound in defence.

“He is experienced, very professional and will relish competing for a starting spot at the Arms Park while helping young players develop their all round games.”