‘To see the pain on his face, you knew it was serious’ - Wasps on Jack Willis' injury 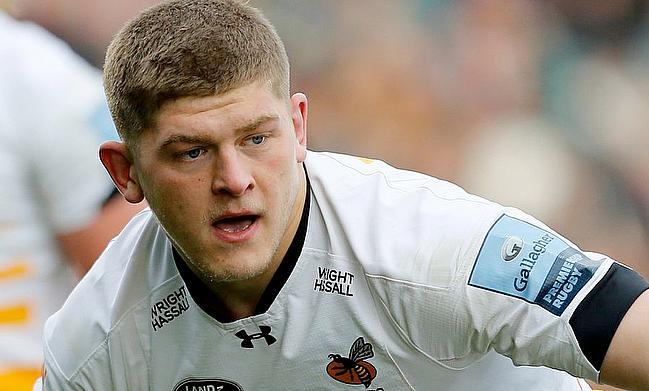 Just minutes after scoring a try on his Six Nations debut, Jack Willis left the Twickenham turf on a stretcher.

With Wasps not playing until the Sunday afternoon, the 24-year-old’s coaches, teammates and family were forced to watch on as the Premiership Player of the Year writhed on the ground after being crocodile rolled out of a ruck by Italy’s Seb Negri.

Immediately it was clear that Willis had sustained a serious injury and there were fears that he may have suffered a second ACL rupture in three years. However, following Wasps’ 17-13 win over Worcester Warriors at Sixways, Lee Blackett revealed that after an initial scan, it seemed as though there was no such rupture.

On Tuesday afternoon, Blackett said his flanker will have a follow-up scan in the next 10 to 14 days when swelling has subsided in order to gauge the next course of action. Regardless of whether it is an ACL injury, what remains a fact is Willis faces a lengthy spell on the sidelines with the ‘significant ligament and cartilage injury.'

“I can’t really tell you what happened in the game after Jack got injured, it was pretty gutting,” Blackett said. “I think anyone that knows Jack knows the kind of person he is. He cares so passionately, as most rugby players do, about what he does and how serious his last knee injury was, to fight his way through it to then see it (happen again), he is as tough as they come and to see the pain on his face, you knew it was serious.

Perhaps one of the biggest unknowns for Blackett was seeing how Jack’s younger brother, Tom, would react. Describing the pair as ‘ridiculously close’, the team made the short trip to Worcester without knowing the full extent of their colleague’s injury.

“I didn’t speak to Tom the previous day, but the coaches had, and he was pretty down, and you could tell gameday,” Blackett said. “It was one of those where even I was thinking on Saturday ‘do I get in contact?’ and I thought the best thing was to let Tom settle a little bit.

“I knew Sunday would be a difficult challenge for Tom, but the way he got over it, the way he played, I think he found out briefly just before kick-off that his brother hadn’t done his ACL, so I think he got a bit of positive news and it probably gave him a little bit of a buzz and what a performance from him.”

A quick message to Jack Willis. So sorry about what happened yesterday. Just Horrible and never nice to see. Myself and all the @Federugby boys are wishing you all the best????I hope to see you back on the field again soon. Take care and we all know you will be back stronger???? Seb pic.twitter.com/wCYisXxllp

Picking up the Man of the Match award against Worcester, having accumulated three turnovers, 18 tackles and a try that he ran in from 40 meters out, in many ways, the 22-year-old was putting his hand up to replace his brother in the England squad.

However, as Blackett said, it wasn’t just Tom who had been affected by the injury. Across the entire group, many were hurting after watching their friend receive treatment in West London.

“Honestly, I’d be lying if I said I wasn’t concerned,” Blackett said. “I was massively concerned. I knew how it impacted me. I saw how it had impacted a lot of our staff. I hadn’t even seen the players and I saw how upset a lot of people were and gutted for him. I was worried, I seriously was.

“The last thing Brad Shields said, before we ran out, I was still in the changing room, Brad said, 'There is one guy that would love to be with us today, let’s go and put out a performance for him.'

“Maybe he needed to say that to the boys second-half as well and we could have had a better second-half performance. Fair play to these players, seeing something like that and going out, especially in the first 40 minutes, putting in the performance they did. Just more and more respect to the boys.”

In the wake of the injury, Negri publicly apologised for the challenge that resulted in the injury whilst Willis himself took to social media to contrast the highs and lows of the game.

The highs and lows of Rugby...

I have loved every second of training and playing in an England shirt and it has been a dream come true to be involved in such a great group of lads and coaches. I’m truly gutted with the way it ended on Saturday but these things happen... pic.twitter.com/gbnQ4V4HLN

“It was tricky, more in the build-up, the day before, that evening leading into it, thinking about Jack, seeing how he was doing and the morning of the game I was quite concerned," Tom Willis said.

"He had his scan that day, but once it gets to it, you have got to get your head around it. You have got a game. Everyone got around me as well, a lot of support, so once it kicked off, the game was the only thing on my mind.

“You see all that support coming in, all those messages and I think that really reflects on Jack, not just as a player, but also as a person as well. How loved he is in all circles. That is nice to see and nice for fans to see, but it would have been a lot nicer if it hadn’t happened in the first place, but that is just the way it goes.”

Confirming there was never a debate about whether or not he would play following the injury to his brother, Willis is part of a Wasps team that have recovered from their indifferent start to the season and now they sit just four points off fourth-placed Harlequins.

On the road again this weekend to play Leicester Tigers, Wasps are looking give their Premiership play-off hopes another boost and with their opposition just four points adrift of them, there is plenty to play for.

In fact, the last time that Wasps made the trip to the East Midlands, the Tigers prevailed 18-9. However, if you were to fast-forward to last September, Wasps would keep their visitors to just the seven points as they ran out 54-7 winners.