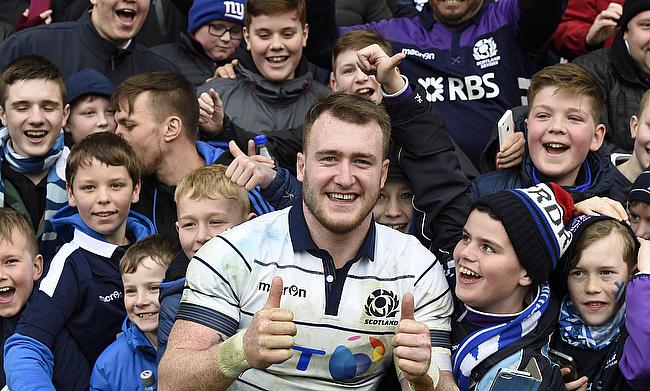 Glasgow Warriors bounced back from their back to back defeats in the European Champions Cup with a 43-13 convincing win over Southern Kings in their Pro 14 clash at Scotstoun Stadium on Friday.

Dave Rennie experimented with his side against the Kings, who are yet to win a game in their maiden Pro 14 season and it showed on the pitch as the Warriors spilled the ball on occasions.

Sturt Hogg got the home side off the mark with a first minute try - his second in two games after coming back from injury but Adam Hastings missed out on the conversion.

A try from Kings were disallowed after the decision was referred to the TMO but back to back penalties from fullback Masixole Banda in the 12th and 21st minutes allowed Kings to claim a one point lead.

However, Rennie's men finished the first half on a positive note with touchdowns from Nikola Matawalu (31') and Nick Grigg (34') with Hastings slotting a double conversion to take them to 19-6 lead.

The bonus point was secured after the break as Jonny Gray claimed a lineout before feeding Zander Fagerson who sneaked round the front and charged over to secure maximum points with 20 minutes remaining.

The set piece, which had proved a weakness in previous weeks, again showed it was up to the task as the forwards drove over the line following a lineout, with Matt Smith getting the ball down before George Horne added a sixth in a strong finish.

Jacques Nel was gifted a simple intercept try with five minutes to go but Warriors finished on top to claim a seventh domestic win and capped it with a late try through George Turner.