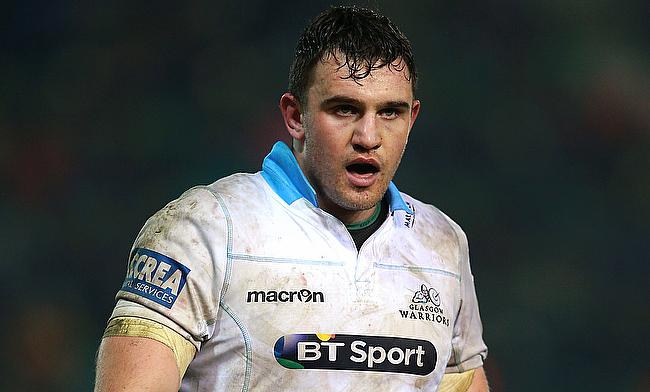 Glasgow Warriors will miss the services of Adam Ashe for up to 12 weeks after the flanker underwent a surgery on his ankle.

The 24-year-old suffered the injury in the 61st minute during last weekend's European Champions Cup clash against Leinster at Scotstoun Stadium which his team went on to lose 18-34.

Ashe, who limped off the field will need between 10 to 12 weeks of rehabilitation period to regain full fitness.

Meanwhile, Glasgow Warriors head coach Dave Rennie has named Matt Fagerson in the starting XV in the place of Ashe for the upcoming clash against Southern Kings as they look to stretch their winning streak to seven games in the Pro 14.

Rennie has opted to rotate his squad for the match as he looks to continue a winning start on the domestic front, and has handed first starts to George Horne and Adam Hastings at half-back.

Ryan Grant is on the bench for the first time since rejoining the club, while Lelia Masaga could make his first home appearance and Scott Cummings returns to the second row.

Despite success in Pro 14, Glasgow could not replicate the same in the European Champions Cup where they lost the opening two rounds to Exeter Chiefs and Leinster but Rennie is confident of a turnaround.

"The previous couple of weeks in Europe have been good for us. It has highlighted the shifts we need to make in our game and the importance of accuracy and the patience to build pressure.

"The Kings provide a similar challenge, an imposing set piece and an ability to hurt you deep in your territory. We see this game as a chance for redemption and have prepared well."