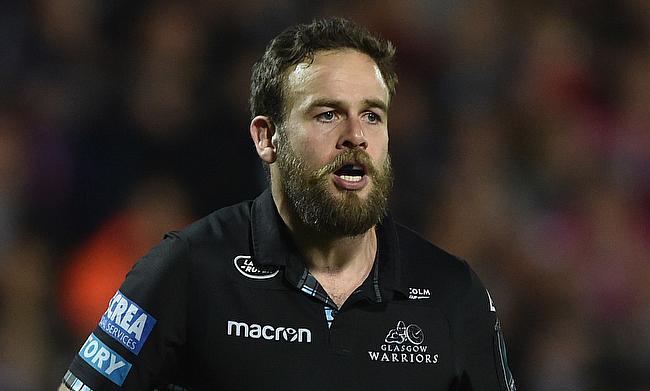 Ruaridh Jackson was among Glasgow's try-scorers against Cardiff
©PA

Glasgow Warriors maintained their winning streak in the ongoing season of Pro 14 as they completed a 40-16 bonus point victory against a 14-men Cardiff Blues at Scotstoun Stadium on Friday.

This is Glasgow's 10th consecutive win in the tournament as they continue to top Conference A while Cardiff are positioned fourth.

It took Cardiff just two minutes to score their first points as Glasgow were penalised at the first ruck and Jarrod Evans capitalized with a penalty. The visitors soon stretched their lead to 10 points when Macauley Cook crossed over in the sixth minute riding on an offload from Willis Halaholo and Evans slotted the extras.

Glasgow's response finally came in the 18th minute when Sam Johnson breached Cardiff's defence to score their opening try and a conversion from Pete Horne brought down the gap to three points.

Even though Evans kicked his second penalty to increase the lead back to six points, the visitors were dealt a major blow when prop Taufa'ao Filise was red-carded in the 29th minute when he struck the head of Glasgow hooker George Turner with a swinging arm.

With the Blues down to 14 men, Glasgow made full use of the advantage, Horne found Callum Gibbins on the right touchline and he sent Alex Dunbar over for the try and Dave Rennie's side ended the first half 14-13.

Despite having a less man, Cardiff Blues once again claimed the lead through Evans' third penalty but they could not cope up with the pressure as Ruaridh Jackson (54') went past the line two minutes later the visitors lost Olly Robinson was sin-binned.