Glasgow look unbeatable as they maintain one hundred per cent record 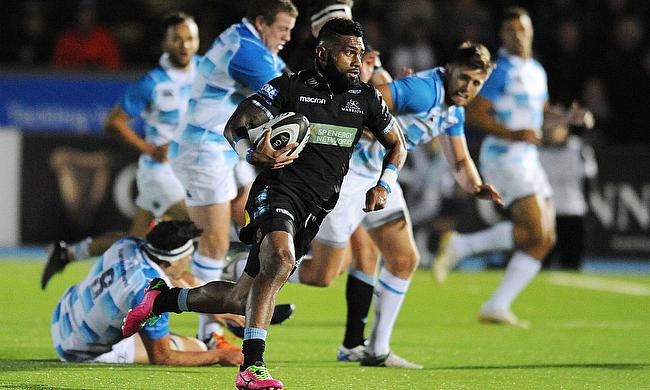 Glasgow Warriors continued their sparkling league form as they stretched their winning run to eight games.

The Scottish side destroyed Southern Kings at home in Round Seven 43-13 before coping with the altogether more difficult visit of in-form Leinster. Glasgow came away with a 31-21 victory to keep their 100 per cent record in the Guinness Pro 14. The 2014/2015 champions must surely be one of the favourites to claim this season’s title but their irresistible league form makes their European woes all the more mystifying.

In case you missed this last night...pic.twitter.com/BjBjU7N1uE

Leinster will be disappointed to leave Glasgow with a loss after comfortable easing past Ulster in Belfast the previous week. They came away with a 25-10 win in a game where they wrested control in the second half. Sean O’Brien was named man of the match and was utterly dominant despite playing in an unfamiliar Number Eight role. Ulster bounced back from the defeat by edging out Southern Kings in South Africa in an incredibly high scoring match. Both teams’ defences weren’t firing and Ulster just managed to outscore their opponents in the final minutes to come away with 43-36 win.

Elsewhere Connacht will be please to put together back-to-back wins to end a poor run of form. In Round Seven they beat a visiting Munster side 20-16 before subduing the Cheetahs a week later with a 23-15 victory. Munster didn’t dwell on defeat as they easily slayed the Dragons in Round Eight with an impressive 49-6 win at Thomond Park. The Cheetahs, meanwhile, had arrived at Connacht on the back of a solid victory in Italy after beating Zebre 24-23 on their home patch.

That was the start of a bad two weeks for Zebre who then travelled to Cardiff Blues but came away with a heavy 37-8 defeat. Cardiff will be happy to pick up the win after losing 30-17 away to Scarlets in Round Seven. Meanwhile, Scarlets made it two wins in a row with a comfortable 20-8 result at home to Benetton. That was Benetton’s second loss in as many weeks following their 24-13 defeat at home to Edinburgh in the previous round. Edinburgh followed this up with a37-10 win at home to Ospreys to leave them satisfied with turning their form around.

That defeat continued Ospreys’ inconsistency this season as their impressive performance against Saracens in Europe stands out like a sore thumb against their league form. On a positive note, Ospreys did manage a 28-14 home win against Dragons in Round Seven.

The league now takes a break for a few weeks as the Autumn Internationals take place. Glasgow Warriors are leading the way in Conference A with eight wins from eight and an impressive 38 points. Munster sit second, with the Cheetahs now surprisingly sitting in third. Connacht lie in fourth followed by Cardiff in fifth, Zebre in sixth and Ospreys prop up the table in seventh.

In Conference B Scarlets stay top with seven wins from eight and 34 points. Ulster leapfrog Leinster into second despite that loss at home. Leinster lie in third, Edinburgh are just behind in fourth with Benetton in fifth, Dragons in sixth and Southern Kings, of course, in last place. The Kings do now have their first points of the season following that high scoring game with Ulster as they picked up a losing bonus point, and a bonus point for scoring four tries.