Glasgow bounce back to blank Edinburgh 17-0 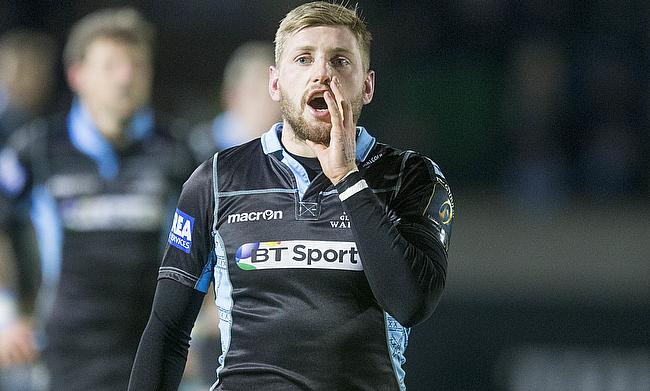 Glasgow Warriors have bounced back in the 1872 Cup clash as they blanked Edinburgh 17-0 at Scotstoun Stadium on Saturday.

This also means the 1872 Cup clash between the two teams is tied at 1-1 with the third meeting between the sides will be the decider.

Four penalties from Scotland fly-half Finn Russell put the Warriors in control of a scrappy affair at Scotstoun, with wing Lee Jones touching down in added time to seal matters and spark an on-pitch melee.

The result saw Glasgow redeem themselves after a dreadful display in losing to their 14-man rivals last weekend, in the opening leg of the three-game cup series between the Scottish sides.

Just like last week, Glasgow made a positive start, but the game quickly went downhill.

When the Warriors got their first touch in the fifth minute, centre Alec Dunbar blasted through a pair of would-be tacklers and the subsequent play brought a penalty kicked by Russell.

The hosts continued to press, doing particularly well at the set scrums, but let themselves down with errors. In turn, when Edinburgh got their chance to apply pressure, it took sharp work by Ruaridh Jackson, Russell and Ali Price to keep the home line secure.

Glasgow twice took play into the visitors' 22 as half-time approached, but the forwards' pick-and-go was halted by referee Mike Adamson penalising tackling ahead of the ball.

The most dramatic moment of the first half was when a fire alarm two minutes before the interval forced the fans to leave the stadium.

When the players reappeared after a prolonged interval, Russell swiftly doubled the hosts' lead with a long-range penalty.

Russell then turned down a second chance to pot a goal, but Edinburgh held up the Glasgow line-out drive. However, Russell did opt to kick in the 57th minute, and put his side 9-0 ahead.

The teams largely cancelled each other out as the game wore on, with the occasional piece of magic immediately countered by an error.

A high Edinburgh tackle was punished by Russell's fourth penalty with six minutes left on the clock.

And Glasgow tightened the screw in the Edinburgh 22 with wing Jones touching down for an unconverted try which provoked a punch-up that earned yellow cards for home replacement Chris Fusaro and visiting substitute Fraser McKenzie.