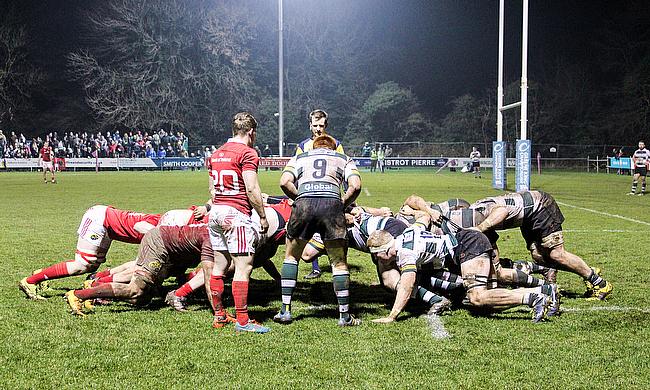 Ahead of the first round of fixtures in the GK IPA Championship in 2018, TRU Contributor Connor Hickinbottom round-ups the festive period and takes a look at this weekend.

The Titans will be hoping their 2018 is a lot more successful than 2017. They ended the calendar year with back to back defeats against Doncaster and Hartpury and this weekend they host the Cornish Pirates.

Rotherham failed to pick up a win in the first half of the season so it is all or nothing now for the Titans who need to start putting points on the board if they are to stand any chance of survival. They are now 23 points behind 11th place Hartpury College with relegation looking certain.

The Pirates, on the other hand, have quietly moved up the table and now sit in seventh place. They are just three points off Doncaster Knights in fifth despite losing against Bristol and Jersey Reds at the end of last year.

However, it hasn’t been plain sailing for the Pirates who have lacked the bullish style of forwards play that has seen them be so successful in recent years. They have lost games they looked certain to win which will give the Titans some confidence going into this fixture.

The sides met previously in September in a thrilling encounter that the Pirates won 62-47.

The most intriguing game on Saturday takes place on the Channel Island as Jersey Reds play host to Richmond.

The sides sit level on 29 points in eighth and ninth place respectively. However, a bonus point victory would move the victor above Doncaster into fifth.

Jersey go into the game on the back of two hard fought victories against Hartpury College and Cornish Pirate. The Reds were pushed throughout in both fixtures, but ultimately came up trumps thanks to the boot of Brendan Cope.

Counting down to the weekend - 1st @Champrugby match of 2018 for the Reds as @RichmondFC1861 are over. Saturday, 3pm #OldSchool Still time to book tickets/lunch spots https://t.co/hqIJXzqSBJ pic.twitter.com/9kN1MYbGpu

Richmond, on the other hand, had a hellish Christmas period as they faced off against first place Bristol and second place Ealing Trailfinders. They failed in both outings, conceding 14 tries in the process, but showed that even when playing the best in the league ‘Mond are still able to put points on the board.

The Reds will be out for revenge as they fell to Richmond in their previous outing, losing 23-14 at the Athletic Ground.

Despite beating Yorkshire Carnegie on the opening day, the Exiles endured a torrid start to the season after they went on to lose six straight matches, including a 72-12 demolition by Ealing.

However, Scottish put on a show over the holidays. They drew against Bedford Blues in an extraordinary 52-52 result and then came back from 17-0 down with less than 20 minutes left to beat Nottingham.

The Trailfinders had an almost identical result in their previous outing. Finding themselves 18-0 down against Bedford Blues, they mounted a miracle comeback in the final 20 to eventually win the game 24-23 on December 30th to add to their 40-24 victory over Richmond.

This victory over Bedford kept Ealing in arm’s length of Bristol, however, the nine-point deficit is still a substantial one and it looks a foregone conclusion that Bristol will be promoted.

Despite Bristol’s assumed success Ealing will keep the pressure on and will be aiming to replicate their nine-try victory over the Exiles from earlier on in the season.

Top of the table Bristol play host to Bedford Blues as they look to extend their unbeaten run into 2018.

The West Country outfit have secured a bonus point in all but one of their games this season with their only including wins over the festive period against Cornish Pirates and Bristol. They will be looking to continue their scintillating run of form against the Blues this weekend.

Bedford were beaten by Bristol back in September. It was a high scoring affair that ended 61-38, but since that point, the Blues have been in good form and have marched up table.

Everything you need to know for your trip to @ashtongatestad with over 8?0?0?0? tickets sold so far. ??

The Blues had a dramatic holiday period. They drew 52-52 with London Scottish in one of the games of the season and then lost 24-23 to Ealing when it looked certain they would win.

If Bedford’s defensive frailties haven’t been addressed over the break, it is going to be a long afternoon at Ashton Gate.

The Knights make the short journey over to Lady Bay as they look to put some space between themselves and Nottingham.

Just a single point separates Donny in fourth place and Nottingham in fifth, something the Green & Whites will be hoping to change on Sunday as they look to avenge the 32-26 defeat they suffered at the hands of the Knights in September.

Nottingham allowed the Knights to leapfrog them in the league as they stumbled over the holidays, suffering narrow defeats to both Yorkshire Carnegie and London Scottish.

The Knights also failed against Carnegie but notched a bonus-point victory over bitter rivals Rotherham Titans to move above their hosts.

Rounding off the weekend is a clash between Yorkshire Carnegie and Hartpury College.

When the two sides met earlier on in the season Hartpury were flying high as the new boys and earned a hard-fought draw as the game finished 29-29.

However, times have changed and Hartpury now find themselves in eleventh place. They broke a five-game skid with a victory over strugglers Rotherham Titans in their last outing, but this looks a completely different game to their last meeting with Carnegie.

Carnegie are the opposite. After a slow start to the season, Carnegie have found their feet winning their previous four games, whcih has seen them move up to third in the league.

The Leeds-based side still have some work to do if they want to catch Ealing in second place, but an excellent Christmas period with wins over Doncaster and Nottingham have given themselves a chance to push for the silver medal spot until the end.