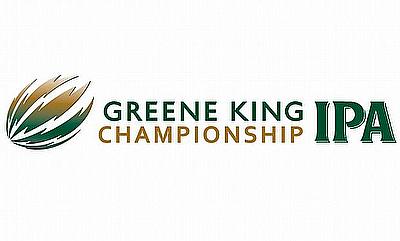 Jersey Reds struck late at Lady Bay to steal a draw against Nottingham.

Hooker Nicholas Selway crashed over for his second try of the game in the 79th minute to level up the scores, but Brendan Cope’s conversion attempt to win the contest hit the posts and the game finished level.

Jersey got off to a good start when Augustin Slowik collected his own chip over the top to score a converted try.

Nottingham’s Tiff Eden responded with a penalty shortly after, his first lot of a 14-point haul on the day.

The hosts were starting to find their rhythm following the penalty but found themselves plagued with persistent handling errors. One of those offenders, Will Millet, made up for his mistakes as the centre somehow evaded the Reds defence stepping the last defender to score.

Jersey would regain the lead before the half ended as Selway went over at the back of a maul as the Reds took a 14-10 lead into the interval.

There was more life in the second-half with Nottingham the livelier of the two, but the game was rife with errors for both sides with neither able to build momentum.

It wasn’t until the 67th minute that Nottingham put more points on the board thanks to another Eden penalty putting the hosts just a point behind the Reds.

The Green and Whites dominated the ball following this penalty and added another two penalties shortly after.

The hosts lead lasted until the 79th minute when Selway found a way over for the try line, but they couldn’t snatch the win with Cope’s conversion.

A late try from Alapati Leiua secured Bristol’s tenth bonus-point win of the season as they saw off the challenge of Doncaster Knights.

The Knights have now lost six games on the bounce with their last victory coming against London Scottish late in September.

Despite this poor run of for, the Knights put on a good showing in the first half.

Bristol’s Ian Madigan got the game started with a penalty four minutes in, but it was Donny who went over for the first try. Matt Challinor was the man barging over from short range for the converted score.

Bristol’s responded swiftly as Madigan nudged a penalty into the corner allowing the visiting pack to power over which resulted in hooker Jason Harris-Wright getting the first of his two tries.

Simon Humberstone kicked over a penalty to bring the Knights back level, but Madigan once more gave Bristol the advantage thanks to a penalty on the stroke of half-time taking the visitors into the break with a three-point lead.

Any chance of a competitive second-half was quickly scuppered by Bristol. The visitors added another penalty through Madigan and a sumptuous try from Rhodri Williams to put 10-points between themselves and Donny.

Harris-Wright got his second of the game just after the hour mark and it was a carbon copy of his first score. Madigan converted this try taking his haul up to 18-points.

The Knights hit back with a try from Curtis Wilson - his first for Donny. However, the winger went from hero to villain in seconds as he was sin binned for a high tackle.

Bristol took advantage of the man advantage to score their fourth try of the day through Alapati Leiua to secure another bonus-point victory.

Ealing Trailfinders ran in five tries as they saw off Hartpury College in impressive fashion.

Hartpury started the game strongly and found themselves leading after just nine minutes. Hooker Will Tanner went over at the back of a powerful maul, but that was as good as it got for Hartpury who were unable to add any more points.

The Trailfinders response was immediate. They marched downfield through a series of penalties allowing Barney Maddison to power over from short range to level up the game.

Despite their dominance, Ealing struggled to turn pressure into points as Hartpury demonstrated impressive resilience. They eventually found a way over the whitewash on the stroke of half-time as Harry Casson found a gap from the back of a ruck.

The visitors found their rhythm in the second-half as they ran in three more tries. The first of these coming just two minutes into the second-half as Alun Walker grabbing his first before the hooker found himself in room out on the wing to walk in unchallenged to double his tally.

Man of the Match Jono Woodward grabbed his second try of the day with just minutes left on the clock as the winger read London Scottish’s attack perfectly to intercept the final pass and score the winner.

The game kicked off with both sides trading penalties. Josh Sharp saw his early kick cancelled out as Richmond’s Rob Kirby scored the first lot of his 13-point haul.

Richmond began to enjoy a lot of possession up front and quickly turned it into points. Hooker Ross Grimstone capitalised from a poor line out by the Exiles, catching the loose ball at the back and diving through a gap to score the opening try.

The lead was short lived for ‘Mond. The Exiles charged up field earning a line-out in good position, before Derrick Appiah found a gap and burrowed over to even up the game.

The action was relentless all afternoon and Richmond quickly regained their lead. Woodward grabbed his first of the game as he beat the covering defence to dive in at the corner.

Richmond took an eight-point lead into the break, but this was quickly dispatched after the break by a resurgent Exiles side.

Ross Neal scored in the corner for Scottish just a minute into the second-half following a break from deep. Just moments later, Richmond’s lead was no more as Sharp collected his own grubber to touch down and after consulting the TMO, the try was awarded and Scottish found themselves 22-18 up.

Richmond were being thwarted time and time again by the Exiles defence, however, they added a penalty through Kirby just after the hour mark to cut the lead down to a single point.

The Exiles defence continued to hold out a fired-up Richmond all the way up to the 77th minute. An ambitious pass from the attacking Exiles was read by Woodward who raced in from 70 metres to win the game for ‘Mond.

Yorkshire Carnegie took the spoils with a dominant seven-try performance over local rivals Rotherham Titans which included a hat-trick from Joe Buckle.

The Titans found themselves in the lead after just four minutes as Lee Millar slotted a penalty. This advantage was short lived as prop forward Marc Thomas powered over for the opening try.

The floodgates were opened and it wasn’t long before a second try was scored as Pete Lucock latched onto his own grubber kick for an outstanding individual effort.

Carnegie’s pack showed their dominance all afternoon as their driving maul caused all sorts of problems for the Titans. It also helped hooker Buckle grab a hat-trick with all of his tries coming from the back of a maul; he added his first just after the 20 minute mark.

Rotherham finally got some time on the ball and began to threaten their hosts. After continued pressure, the Titans whipped the ball out wide for winger Ben Foley to score in the corner.

There was no time for celebration as Buckle went over for his second minutes later. Carnegie still had time to add a fifth before the half as captain Richard Mayhew dotted down from close range.

The hosts added another two tries in the second-half to round-off a convincing victory. The first came just a minute after the restart as a slick backs move left Chris Elder free to score unchallenged.

Another dominant driving maul allowed Buckle to grab his hat-trick rounding off an impressive derby victory for Carnegie.

Cornish Pirates secured a memorable victory over Bedford Blues thanks in part to the boot of Will Cargill.

This is historically a barnstormer of an encounter. Last season, the fixture ended 40-40 and whilst this year’s tie didn’t offer as many points, it certainly didn’t let the fans down.

The Blues struck first through Dean Adamson as the winger touched down for his 11th try of the season so far.

The Pirates responded with a Cargill penalty and a Tom Lawday try to snatch the lead from third-place Bedford.

An action packed game ensued as the Blues hit back through Rich Lane. The centre crossed the whitewash following an impressive period of play where the visitors bombarded the Pirates line.

Bedford were unable to see out the half as the Pirates regained the lead shortly after thanks to a succession of pick and goes resulting in prop Jack Andrew going over. The hosts went into the half 17-12 up.

The second-half continued at the same breakneck pace as the first.  Bedford scored through an Elliot Clements-Hill try after quick hands from the Blues backs before Will Hooley had the chance to put Bedford back into the lead but his conversion went wide of the post.

Bedford’s defence held strong for as long as it could but with the Pirates laying siege to their visitors line, a gap was finally found in the 70th minute. Hooker Dan Frost went over from close range for a converted try to make it four wins from the Pirates previous five games.