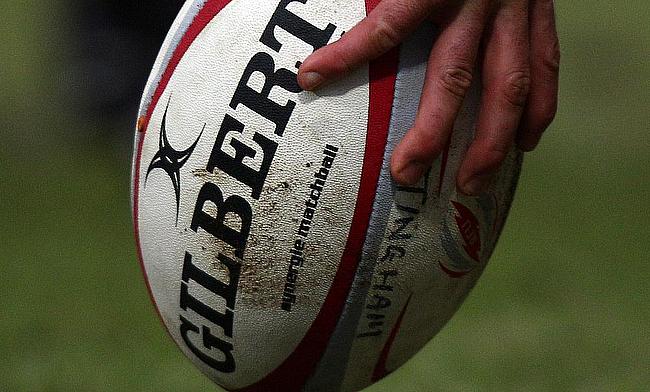 Round 9 kicks off with a struggling London Scottish side welcoming a resurgent Cornish Pirates to the Athletic Ground.

The Pirates are beginning to find the form they showed in previous seasons, coming into this game on the back of two impressive victories against Doncaster Knights and Hartpury College.

Cornish struggled at the start of the season, losing their first three games, but this form looks to be a thing of the past. It started with a comprehensive 46-29 victory over the Knights at Castle Park and they followed that result up in Round 8 by beating Hartpury 25-13.

Their opponents this weekend will be hoping to emulate this and turn their season around. Scottish have had a torrid few weeks, suffering narrow defeats on several occasions.

It just hasn’t ticked for the Exiles so far this season. Having won just once, they find themselves sitting in 11th place. Fortunately for the hosts it doesn’t look like Rotherham Titans will be turning their season around any time soon.

The Exiles have been threatening a return to form in recent week. A try in the 80th minute cost them the victory on the road against Hartpury two weeks ago so they will be hoping to go one better this week, but they come up against stern opposition.

Prediction: The Pirates by 5 – London Scottish’s time will come but the Pirates are on a roll and it doesn’t look like it will be stopped any time soon.

The unbeaten league leaders make the long travel up north to face Yorkshire Carnegie under the Headingley lights.

Bristol have shown no signs of slowing down as they aim for promotion straight back up to the top flight of English Rugby.

In their last outing, they picked apart a struggling Rotherham Titans side with ease, scoring eight tries in the process. One score stood out amongst the rest; Tusi Pisi going over in the corner following two exquisite offloads from Tom Varndell and Callum Sheedy.

Carnegie, to an extent, can sympathise with their Yorkshire counterparts after they themselves were comprehensively dispatched by a superior Ealing Trailfinders side.

They left Vallis Way suffering a 44-19 defeat. The Trailfinders scored five tries in the process and looked to have Carnegie’s number from the off, sucking players in with strong forward play before spreading it at a blistering pace to their waiting wingers.

The strength in Bristol’s squad is frightening. Their backline is especially threatening so if they adopt the same tactics Ealing did, they could rack up a similar score to last weekend.

Prediction: Bristol by 15 – Carnegie do step up their game when at Headingley but Bristol’s game is just continuing to improve. There will be no upset under the lights.

?? | "It's about having a ruthless mentality as a pack on Friday night."

The Titans return to Clifton Lane after a heavy defeat on the road to Bristol so they will be hoping to get their first win of the season, but face a tough test from Jersey Reds.

Rotherham were cut apart by Bristol last week. The game turned into somewhat of a training session for the league leaders, but just a week prior, the Titans took second place Ealing to the wire eventually losing by just five points.

They may have failed to emulate their performance against the Trailfinders in the last game week, but they are back on home turf this time out where they have been able to make matches competitive.

Visiting Clifton Lane are Jersey Reds. The Channel Islanders saw off the challenge of London Scottish in their last outing, but haven’t been at their best in recent weeks. Their victory over the Exiles was their first since the 15th of September.

This looks like one of the best opportunities the Titans will have all season to grab some desperately needed points. They will need to be firing on all cylinders and avoid being sucked into the forward heavy game the Reds bring.

Prediction: The Titans by 3 – The biggest gamble of the weekend and this is being based heavily on their last home performance. If Rotherham perform the way they did against Ealing, they could steal this.

The Knights suffered a shock defeat last Friday as Richmond scored a try at the death to steal the game away from their visitors.

What will frustrate Donny even more about this result is that they outscored Richmond four tries to two. Their defensive mistakes eventually cost them the game and they were punished by Rob Kirby who knocked over four penalties as well as two conversions for a tally of sixteen points.

The Knights have now slipped down to 5th place in the league, two points and two places behind their visitors.

Doncaster also announced this week the addition of former Rugby League star Corey Paterson. The Australian made over 100 appearances in the NRL and has joined up with former Leigh Centurions coach Paul Cooke on a trial basis.

It is yet to be seen if Paterson will feature this weekend, but if so, he will face stern opposition as the Knights take on a high-scoring Bedford Blues side.

The Blues have scored 30 or more points in all but two of their league games this season so with the Knights showing their defensive frailties in the past few weeks, this has the makings of a high-scoring game.

Prediction: Bedford by 7 – I hope I’m wrong about this one but I’m going to have to bet against the Knights. They have looked a little shaky in recent weeks and it is hard to overlook Bedford’s prowess near the try-line.

Richmond secured a memorable victory over Doncaster Knights to put themselves just a point adrift of their opponents, Hartpury College.

A 77th minute try from replacement prop Will Goodrick-Clarke took the spoils at the Athletic Ground. It wasn’t a pretty victory as they conceded four tries but it instils confidence that ‘Mond can win the ugly games when needed.

The amateur side will no doubt be on cloud nine following the result. Whilst their league position says 9th, the number only tells one side of the story as they are just six points off the top four.

Hartpury have the same goal. They will also be looking to rebound following a disappointing loss to Cornish Pirates. The Gloucestershire-based side did not look themselves as they allowed the Pirates in for three cheap scores.

They need to rid the defensive mistakes from their game if they want to beat a Richmond side growing in confidence, who proved in their last outing if you give them the opportunity they will take it. They also have, in Rob Kirby, a place kicker that rarely misses so any Hartpury mistakes will be punished.

Prediction: Richmond by 6 – It’s going to be a game that goes right to the death but I see Richmond stealing it.

? 4th home win on the bounce for the 1s
? Victory against league leaders for the Jutes
? Huge Vikings victory

Round 9 finishes up on Sunday afternoon with an intriguing match-up between fourth and second as Nottingham host Ealing Trailfinders.

The Trailfinders put on a show in their last performance, running out comprehensive winners over Yorkshire Carnegie, scoring five tries in the process.

Ealing found no end of joy punching a hole up the middle with their forwards before spreading the ball out wide to their backs.

Unfortunately for Nottingham, Bedford deployed similar tactics against them last Friday which saw Chris Czekaj go over for a hat-trick of tries while two scores in the final ten minutes for the Midlands club saved face.

This ended a three-game win streak for Nottingham who had impressed prior to this. They will be hoping to find this form once more, but, in facing Ealing they take on one of the most potent attacks in the league.

Prediction: Ealing by 15 – Bedford picked apart Nottingham just last week with the same sort of tactics Ealing use, if the Trailfinders hit their stride early on it could be a big score.