GK IPA Championship Preview: Knights and Pirates do battle in Round Four 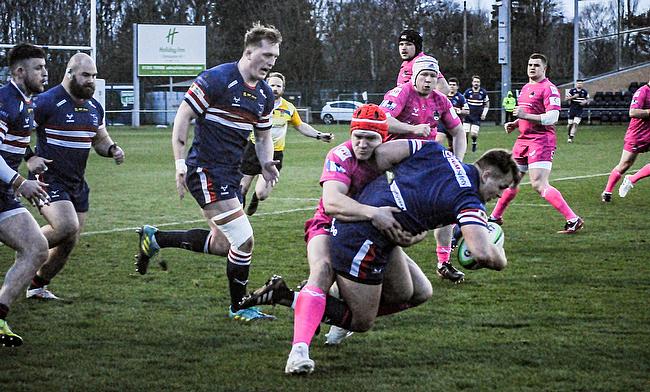 Some mouth-watering clashes are served up as the first block of matches draw to a close in the GK IPA Championship.

Friday night’s conclusion to the Six Nations means the second tier is spread across Saturday and Sunday this weekend.

A trio of teams still hold 100 per cent records, with two of those finally pitted together in Round 4 and it is just one of the match-ups which will have huge implications for the season ahead of this first fallow week.

The Championship’s very own Super Saturday gets underway with two sides who will be eager to take some momentum into the break.

In the blue corner are Bedford, who will want to bounce back after their defeat to Cornish Pirates last weekend, whilst in the red corner, Jersey are still winless and are without even a losing bonus point to show from their opening two games.

The first league fixture between the sides only took place back in 2012 and the overall head-to-head record since sees Jersey shade it eight wins to seven, giving Bedford a chance to settle the score.

February 2020 was the most recent hosting of this contest, with Bedford edging a 27-25 thriller at Goldington Road thanks to a converted try with the last play of the game.

History would suggest another nail-biter could be in store.

Doncaster welcome Pirates for the standout tie of the round with a pair of unbeaten records on the line and a huge opportunity for the potential victors.

Both have been made to work hard for their wins so far, but a positive result here would provide great impetus ahead of the second half of the season.

?? I'm really impressed with the way that @DoncasterKnight's have started the season.

Whilst Cornish Pirates and Ealing have stole the headlines, @CallumW18 says the South Yorkshire-men have caught his eye.

Pirates certainly have the ascendancy in this particular match-up, having won the last eight league fixtures between the sides, including thumping victories on their last three visits to Castle Park.

The Knights will be desperate to end that sequence of results and I will be attendance for what is all set to be a titanic tussle.

Saturday’s action concludes with a pair of sides who will be desperate to get back to winning ways.

Cov have suffered back to back defeats after their opening day win, whilst Nottingham remain winless, their bye week having split two conclusive defeats thus far.

Due to the pandemic, you have to go back to December 2018 for the last time Coventry visited Lady Bay, that one ending in a 15-15 draw.

Nottingham showed improvements last time out against Ampthill and were in the game for long periods, something they will hope to build on as the season progresses.

Coventry joined their hosts in having conceded 50 points against Ealing this campaign, losing 55-19 despite being level at the break last week.

However, Cov’s Phil Boulton is set to make his 100th appearance for the side on Saturday so they may turn to him for some inspiration.

A first league meeting between these two relative neighbours since 1999!

Back then, the likes of Ben Clarke, Darren Crompton and Allan Bateman of Richmond were pitted against a Saracens outfit that included Messrs Sorrell, Penaud, Bracken, Grewcock, Hill and Diprose.

The visitors will be making the short journey with a similarly elite squad this time around, with their Six Nations contingent returning to further strengthen Sarries resources.

Asked Mark McCall today what the plan was with the #England contingent for the Sunday game at The Athletic Ground..

‘You’ll see a few playing this weekend, and everybody playing from then on.’https://t.co/NZIr4qaoex

Richmond bagged a first Championship win in almost two years in Round 3 as they took the scalp of Jersey, which should provide them with some encouragement ahead of this one.

Saracens managed a comfortable win against the same opponents a fortnight ago before a bye week and they will see five points here as an absolute necessity as they look to make up ground on the leaders.

They remain hot favourites for promotion but must avoid any further slip-ups, starting with a long overdue trip to a buoyant Richmond outfit for whom this provides a huge occasion.

Round 4 draws to a close with table-topping Ealing playing host to Hartpury, with a slew of tries on the cards.

Ealing have been rampant so far this season, scoring eight tries and over 50 points in three successive bonus-point victories. Unsurprisingly, the Trailfinders are in the driver’s seat at the summit and their tally of 24 tries is more than the next two highest-scoring teams put together.

Hartpury are one of those two, managing 11 five-pointers of their own, just one shy of Pirates’ tally. Pury have laid on 84 points in their opening three matches but have conceded 80 in return.

Ealing have won each of the four meetings between the two sides since Hartpury’s promotion into the Championship in 2017/18, adding bonus points on each occasion.

One way or another, this should provide a highly entertaining conclusion to a bumper round of action.

Ampthill would have much rather played this week to continue the momentum provided by their first win of the season against Nottingham last Sunday.

As it is, they will have three weeks between matches with a further break before Round 5, where they should be well prepared for their visit to Coventry.