George North keen to continue playing despite calls for retirement 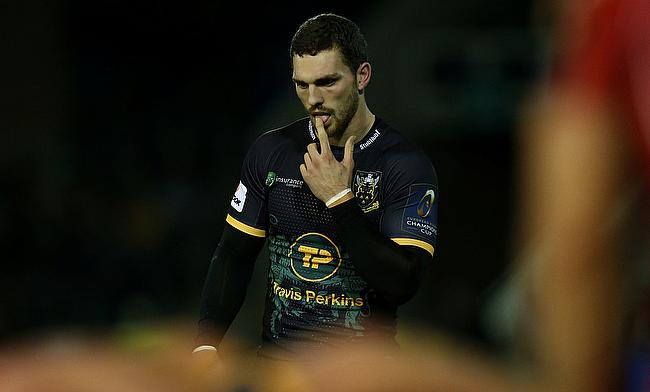 Wales international George North insisted that he has no plans of quitting the game despite the calls for him to retire is on the rise after his recent head injury.

The 24-year-old's career has been marred with head injuries and in his recent game for his club Northampton Saints he was knocked on by Leicester Tigers' Adam Thompstone.

Despite, the injury, Northampton Saints continued playing North following which a joint independent review was conducted by Rugby Football Union and Premiership Rugby, whose verdict stated that the winger should have never returned to play.

Brushing away the suggestions on his retirement, North said he wants to emulate his Wales team-mate Gethin Jenkins.

"Gethin's body is in absolute tatters," North told the Daily Mail. "He should be in a home somewhere.

"As a young professional looking up to an older and more experienced professional, if I could have that level of professionalism towards the end of my career and still want to get out of bed in the morning and go again then that would be pretty amazing.

"Gethin is half-man, half-rehab. He does his extras and everything he needs to keep getting himself ready. If I can keep getting myself ready then I'll always keep doing it."

However, North is also wary of the physical strains that might be involved in prolonging his career.

"With the World Cup year last year I came to a tally of 32 games in the end. People would not believe what you have to do from the beginning of pre-season to get from May all the way through to the next June. I finished up playing something like 13 and a half months consecutively until New Zealand in June when my hamstring went pop.

"I'm in a very fortunate position, which all sportsmen are in, that we play the sport we love for a living. But you very quickly realise there is so much more to it than just what you see on a Saturday. It can be a real slog."