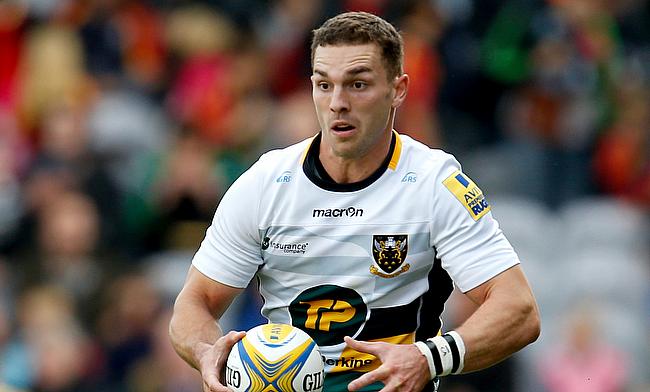 Northampton Saints have announced that Wales international George North will not feature for the Aviva Premiership club until he gets clearance from independent experts on the series of head injuries he sustained in the last few months.

The 6 ft 4 in wing suffered a series of head injuries recently but featured in last weekend's Aviva Premiership clash for Northampton Saints against Leicester Tigers during which he continued playing despite the blow he suffered from Adam Thompstone.

The club was widely criticised on their compliance with players' welfare protocol when North returned to action but Northampton Saints released a statement confirming that their act was well within the World Rugby's head injury assessment protocols.

Northampton said: "As at every Aviva Premiership match, the Saints' medical team has access to video footage to be used to assist the pitchside assessment of injuries. It is important to note this video footage is not always the full range of replay angles available to the TV viewing audience at home.

"George was fully assessed by the doctor away from the pitch using the established protocols and processes, and passed fit to return to play. As with all such injuries, if evidence suggesting a loss of consciousness had been available to the medical team at the time of assessment, George would not have been allowed to return to the field of play.

"All rugby supporters will no doubt be delighted to learn that George remains well. Nevertheless, Northampton Saints continues to place player welfare as its number one priority, and is referring George to an independent expert as part of the club's ongoing assessment process and George will be stood down from play until this process is complete.

"There is a concussion management and monitoring protocol in place for all Aviva Premiership matches which provides for independent review and the opportunity for more detailed investigation. This is an ongoing process with several stages, and the club looks forward to contributing to this.

"Additionally Northampton Saints is seeking to work with all parties to improve the availability of all footage that may assist team medics with injury management."

Peter McCabe, chief executive of Headway - the brain injury association had called for an investigation from Premiership Rugby on why full replays were not available to the teams to assess injuries.

"This situation is very worrying and there needs to be a thorough investigation by Premiership Rugby into this incident.

"This incident is extremely worrying as it involves a player who has had lengthy periods out of the game due to concussion. It's also a repeat of a incident which happened while George North was playing for Wales last year."