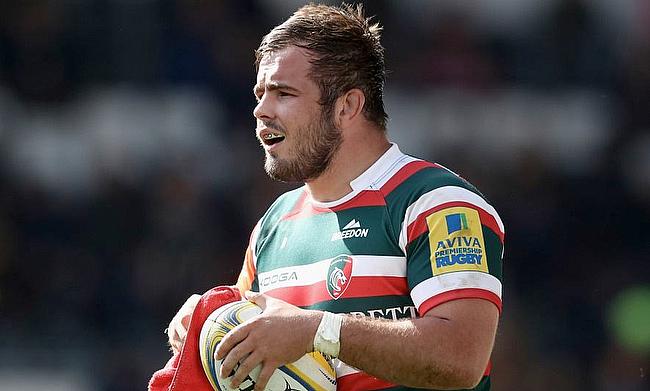 Newcastle Falcons have confirmed that hooker George McGuigan will rejoin the Premiership Rugby club ahead of the 2018/19 season.

A part of the Newcastle Falcons Academy, McGuigan made his professional rugby debut with the club in 2011 and made 69 appearances for them including 53 in the Aviva Premiership before he switched to Leicester Tigers in 2016.

His stint with Leicester Tigers was restricted to just 28 games with neck injury keeping him on the sidelines for most part of the ongoing season but after sufficient recovery, he now joins the Kingston Park outfit for a second stint.

“The way the Falcons are going at the moment is the main thing, playing an attractive brand of rugby, scoring tries and winning games on a regular basis. They’ve really developed that edge in terms of knowing how to close out the tight games and you have to have a huge amount of respect for the work they’ve put in to be able to do that.

“Being closer to home is an added bonus and I have a lot of friends who are still at the club, but I’ve been watching all the Falcons’ games on the TV and enjoying the rugby they’re playing. I left under very different circumstances to how I’m coming back, but I’m looking forward to it and can’t wait to get started.

“I came through the academy at Newcastle and I’ve always felt a strong connection with the club. I’m looking forward to getting back into the groove, enjoying my rugby again and fighting for a place in the team, which I know won’t come easily with the quality of guys they have up there.”

The 25-year-old is also determined to end the current campaign with the Tigers on a high after recovering from the neck injury in the business end of the tournament.

“My first year was really good but this season I’ve been unlucky with injuries, and hopefully I can get a couple more games between now and the end of the campaign and come into pre-season flying.

“I got an unfortunate neck injury around Christmas time which needed an operation and put me out for a big chunk of the season, but I’m back now and battling hard for selection for the last few games here. I’ll obviously give my all for Tigers as long as I’m still a Leicester player, and then look forward to linking up again with the Falcons for pre-season.”

Newcastle Falcons director of rugby Dean Richards is delighted that McGuigan is rejoining the club.

“We have always rated George as a player and were disappointed when he originally decided to leave the club two years ago.

“We have continued our development as a team since then, George has experienced something different down at Leicester and from both sides of the equation it is a move which makes sense. We know what George has to offer, he knows what this club is about and we’ll look forward to welcoming him back for pre-season training over the summer.”