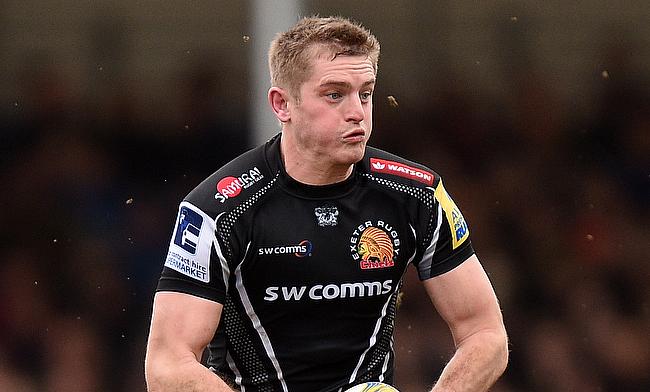 Gareth Steenson has made 306 appearances for Exeter Chiefs
©PA

Exeter Chiefs fly-half Gareth Steenson has signed a short-term contract extension with the Gallagher Premiership club until the end of the 2019/20 season.

The ongoing campaign was disrupted by the pandemic coronavirus which led to the suspension of the tournament since March with 13 rounds completed but now the league is set for a resumption on 14th August.

Following the end of the season, Steenson will take up a coaching role with the club.

The 36-year-old started his career with Rotherham Titans and Cornish Pirates but moved to Sandy Park in 2008 and has made 306 appearances for the club scoring 2611 points - making him their all-time highest point scorer. He also enjoyed the club's maiden Premiership title in 2017 when they defeated Wasps in the final in which he kicked three penalties and two conversions.

“I’m thrilled about the new deal,” said Steenson to the official website of the club.

“Obviously, it’s been a strange time for us all. Being at home, training on an individual basis, not knowing if I was going to come back playing again, it’s nice to know I will get the chance to finish off what we started.

“If I don’t get another opportunity to run out in front of a full Sandy Park, it will be disappointing, but it is something I can live with.

"I’ve been very lucky, like I said, and I know there are guys out there who had things taken away from them, so for me I can’t really have any complaints".