Alex Dombrandt: My time at Cardiff Met made ‘perfect’ move to Harlequins happen 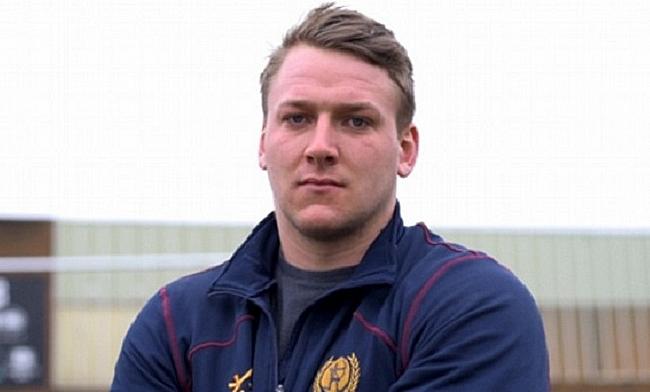 Ben Woods: Why university rugby is an ideal place for a player to learn their trade
'That is what is really unique about Edinburgh'
Weather hits Northumbria’s title bid, but Exeter shine through to go top

The forward will join the Aviva Premiership side for the start of next season.

Alex Dombrandt believes he would not have been offered the “perfect deal” at Harlequins if it wasn’t for his development at Cardiff Met University.

The former Wales U20 international signed for the Aviva Premiership club in February and he will move to the Stoop at the end of this current campaign.

His contribution to Cardiff Met’s wonderful season in BUCS Super Rugby cannot be underestimated as his involvement has helped the Welsh outfit reach the quarter-finals of the competition after a seventh placed finish last year.

“My time at university has been massive,” Dombrandt said.

“I wouldn’t be where I am now without that development. I can’t speak highly enough of the programme which they have here.

“Over Christmas time, Harlequins expressed their interest once I had sent my clips off to a few clubs. I had a real positive meeting with the coaches and from there; they offered me a contract and I made the decision to sign.

“At the start of the year, I did go and meet a few clubs, but I made the decision to stay at Cardiff Met and finish off my degree. Obviously, Harlequins came in and it was an offer I couldn’t turn down in terms of location and the club, so I think it was the perfect deal for me.”

Dombrandt grew up watching Quins and having met the coaching staff, he knew the Aviva Premiership was the right step in his promising career.

“Being a local lad around there when I was younger, it was a club that I supported,” he said. “When I went down to meet the coaches, we were singing off the same hymn sheet. That was one of the main reasons why I chose to go with them.”

Thrilled to have signed my first pro contract with @Harlequins Looking forward to the next chapter and can't wait to get started! Massive thanks to @cardiffmetrfc and @CMetSandC @CJEdwards1990 for the last 3 years of development in helping me reach this stage.

With a move to one of the most exciting leagues to come, the second-row is now fully focused on continuing his efforts with Cardiff Met.

Cardiff Met have ended the season strongly - with a standout victory coming against last year’s finalists the University of Exeter - and Dombrandt is feeling good about their chances in the knockout stages.

“It has been really good compared to where we were last year. I think we have got to be over the moon with how well we have done this year,” Dombrandt said.

"We are playing some really good rugby and an exciting brand so long may that continue. We have confidence and we need take that into the knockout stages to try and win the competition.

“That win over Exeter was our first win over them for a while so I think moving forward, it was a massive statement to the league that we are here and we are ready to compete to win the title.”

TRY| What a run from Dombrandt, before he hands off to Morgan for the try.

Cardiff Met go back ahead in this #BUCSSuperRugby fixture pic.twitter.com/iqCOcWluYA

And also sharing this view is Dombrandt’s Director of Rugby, Danny Milton.

Milton has guided Cardiff Met to the quarter-finals and he is delighted with the progress his side has made this season.

Milton said: “We were really pleased with that win against Exeter before the end of the season. We felt it was a big milestone for us.

“The boys can be really proud of their efforts. We go into the knockouts having beaten everyone at least once and that is huge for us. We know we are competitive and it will come down to producing some of our good performances when it matters in the knockout rounds.”

Dombrandt is likely to play a big role in Milton’s plans over the next month and with it being his final year at Cardiff Met University, the 20 year-old is hoping to end his time in Wales on a high in terms of both his rugby and getting a degree in Sport and Physical Education.

“Going to university is invaluable,” Dombrandt said. “You do your academics alongside the rugby and with the brilliant rugby programme here, you are able to come out of university as a better player, but more importantly, you have a degree and that is something special.

“I hope I can sign off in style with Cardiff Met. This is my last year with them so to win the competition and have something to look back on with fond memories would be great, but we are now just focused on the knockout stages.”

Milton is also hoping Dombrandt can end on a positive note after overseeing his development during his time at the university.

Milton added: “I am chuffed to bits for Alex. You get a lot of students which come to university who have a rugby academy background, but Alex didn’t really have that.

“He came from a really good rugby school called John Fisher and his development has gone through the roof. I was really pleased that Alex had the confidence to turn down a contract at the start of this season so that he could focus on his academic studies.

“He will hopefully finish with a double success in terms of his rugby and his degree before experiencing the fantastic opportunity with Harlequins.”