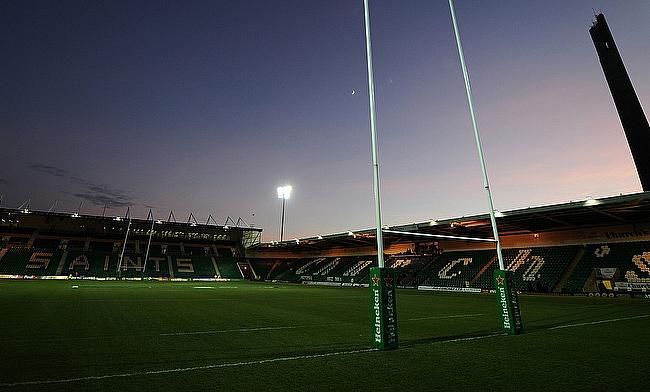 Fraser Dingwall has been associated with Saints since 2012
©PA

Northampton Saints have confirmed that centre Fraser Dingwall has signed his first senior contract with the Gallagher Premiership club.

The 19-year-old was linked with Saints since 2012 and was part of their Academy set up during 2017/18 season and has represented England Under 20 in both the Six Nations and World Championships earlier this year. He also made his debut for Saints in the Gallagher Premiership in the ongoing season.

“This was definitely an easy decision for me to make,” said Dingwall, who has signed a two-year deal.

“I’ve grown up at the club, having been here since I was 13, and it’s really good to know I’m here for at least another two years.

“Without doubt Northampton is the best place for me to grow as a player. I’m still young, but I’m learning so much from the coaches and trying to develop my game with the great players around me.

“I’m thrilled to have a good run of first-team games under my belt now and I’m really enjoying my time on the pitch at the moment".

Dingwall also had terrific success with England Under 18 last year during their tour of South Africa with convincing wins over France U19s and South Africa Schools in the their three-game tour.

“Fraser is a really talented footballer who has grasped his opportunities to play for Northampton with both hands so far this season," said Saints director of rugby Chris Boyd.

“He’s part of a fantastic crop of exciting young players coming through our Academy, and has progressed an enormous amount in the short time I’ve been with Saints.

“Fraser is a popular member of the squad and, at 19 years old, his best is of course still to come – we’re really excited for him to reach his full potential here at Franklin’s Gardens,”