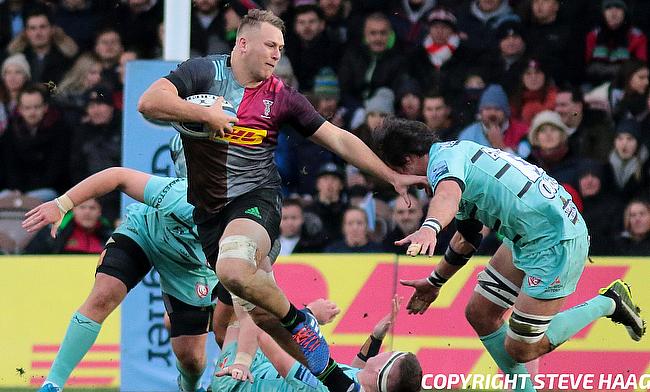 USA impress in 43-29 loss to England at Twickenham
Lewis Ludlow ‘best person’ to lead England against the USA
Under-20 Six Nations 2021: Unbeaten England lead the way ahead of final two rounds

England coach Eddie Jones has named four uncapped players in the starting line up for the upcoming summer series fixture against Canada.

Alex Dombrandt, who recently enjoyed a Premiership success with Harlequins start at number eight and is joined by Dan Kelly at inside centre, Adam Radwan at left wing and Harry Wells at second row.

Freddie Steward retains his fullback position and Radwan is joined by Joe Cokanasiga at right wing. The midfield combination will see Kelly and Henry Slade with Ollie Lawrence out of the matchday squad.

The half-back combination of Marcus Smith (fly-half) and Harry Randall (scrum-half) is retained as Lewis Ludlow will continue to captain the side at blindside with Sam Underhill at openside.

Charlie Ewels continues to be part of the second row alongside Wells while front row sees a change of Jamie Blamire joining Joe Heyes and vice-captain Ellis Genge with Curtis Langdon dropping to the bench.

“Our focus this camp is being as strong a 36-player squad as we can be and there has been a lot of hard work and intense competition," said Jones.

“There is a responsibility on the 23 players selected to perform to their personal best.

“We want to go out there and put smiles on the faces of all the supporters watching at Twickenham and at home on Channel 4.”