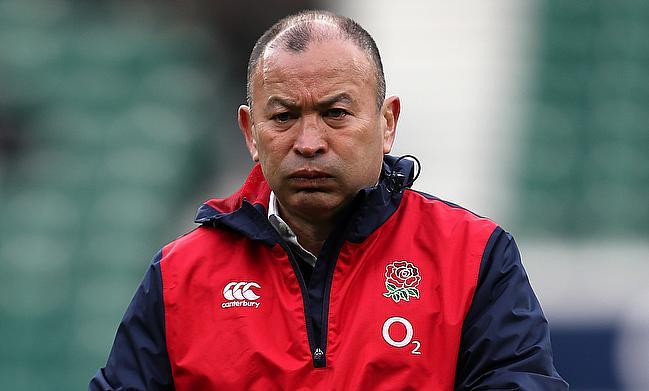 Six-try South Africa beat Georgia 40-9 in Pretoria
David Ainu’u Exclusive: The Eagles’ superstar prop ahead of a return to Twickenham
Eight uncapped players in England's starting line up against the USA

After the England A fixture was called off last weekend, it was uncertain if Eddie Jones and his staff would stick with largely the same group of players that were due to take Scotland A at Mattioli Woods Welford Road.

In the end, only four changes have been made to the starting side. At the age of 30, Bath’s Josh McInally will be making his England debut, as will Curtis Langdon, Joe Heyes, Callum Chick, Harry Randall, Marcus Smith, Freddie Steward and Lewis Ludlow.

Ludlow offers the most intrigue, Gloucester’s captain handed the armband by Jones, making him just the fifth man to captain his country on debut. Following in the footsteps of Fred Stokes, Fred Alderson, Joe Myckock and Nigel Melville, the 26-year-old has been a rock at club level all season and was more than warranting of a call up to the senior England setup.

Last representing England at U18 level in 2013, Ludlow will not lack in heart in his performance and clearly made an impression on Jones in the latter stages of the Gallagher Premiership season.

“One of the benefits of not having crowds is that you can hear and see very quickly what effect a captain is having on his club team and from our observations, we found Lewis to be the most effective club captain,” Jones said.

“He is a good player, we had him in the squad previously for the Autumn series, he has continued to develop his game. Then he came into camp, he obviously had no idea that he was in contention to be captain.

On Sunday @LewisLudlow94 will become only the fifth player in history to captain the England men's side on his debut ??

The four who came before him? ??

“He started slowly, probably started off the back markers, but he has accelerated pretty quickly over the last couple of weeks and started to lead from the front. He is a clear communicator, he is a good, sincere person and he is the best person to captain England on Sunday.”

No doubt Ludlow’s former Hartpury teammate Ellis Genge will be offering his support in the leadership, along with the other experienced names who are starting tomorrow afternoon in West London.

Charlie Ewels, Sam Underhill and Henry Slade are the other established names in the England group and are all starting on Sunday, with Ollie Lawrence and Max Malins making up the rest of the starting team.

For Ludlow, he will be sticking to the methods that allowed him the opportunity to play for England in the first place after getting a shock over breakfast last weekend when Jones rang him to inform the back-row that he was in contention to lead his country.

“He spoke to me on Sunday,” Ludlow explained. “We got to go home (after the Scotland A game was cancelled), I was with my girlfriend and my daughter having breakfast somewhere and he rang me and said ‘I am thinking of doing this this week’.

“There were obviously no guarantees, and I was eating my breakfast and had to stop. I wasn’t quite sure how to take it, what to believe.

“It was a complete shock to be fair and then the long drive back up to London, focussing on it and getting my head around what I needed to do this week in order to make sure that I was in the team and to be able to lead the team in the right direction.

“Leading from the front is the way I like to go about my business. I wouldn’t ask anyone to do something if I wasn’t willing to do it myself and that has been pretty similar in camp. A lot of young guys have come together, a lot of new faces and as a leadership group we have tried to create a quite relaxed environment.

“But when we are on the pitch, we mean business and we have had a couple of really, really tough training sessions, but then the boys have come out of it on the right side and got stronger from it. This group has really grown well over the last two or three weeks.”

What is clear from this team selection is that England are by no means taking the test against the USA. With Jamie Blamire, Beno Obano, Trevor Davison, Ted Hill, Ben Curry and Lewis Ludlam providing support in the pack off the bench - with Dan Robson and Jacob Umaga rounding out the squad - it is going to be a much different challenge to the pool game at the 2019 World Cup.

This is partly due to the relative inexperience of the England team in contrast to two and a half years ago, Jones says that he is expecting an abrasive challenge on Sunday.

“To me, that is the right bench for this game,” Jones said. “We toyed with the idea of going seven-one (split on the bench), but we have gone six-two.

“The USA are generally a big, physical team. You look at their performances in the World Cup in 2019, after 20 minutes there is nothing between them and the four teams they played against.

“So we are expecting a really big, physical game and it going to be important that our pack impose themselves early.”