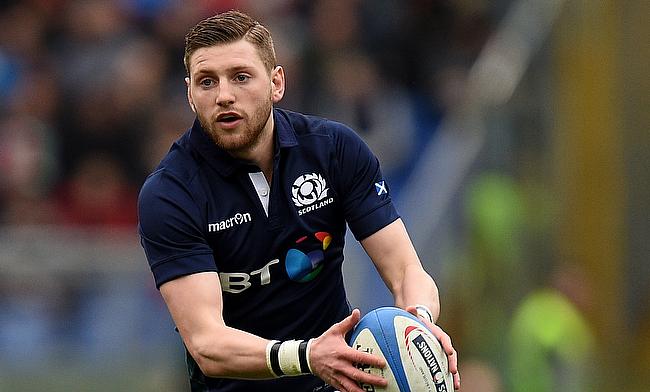 Fly-half Finn Russell is hoping to make a comeback into the Scotland set-up during the July tour following a breakdown in his relationship with head coach Gregor Townsend.

The 27-year-old last featured for the Dark Blues during the World Cup last year and was left out of the Six Nations for an alleged late-night drinking session at team hotel.

Russell, who has played 49 Tests since his debut in 2014 said he is targeting the summer tour for a return when Scotland take on South Africa in a two-game series followed by a Test against New Zealand.

"The stuff in the Six Nations is done now, I'm not looking at that and thinking we need to look back, it is just how can we move forward and how can we get better as a team?" Russell told broadcasters BT Sport.

"If the summer tour goes ahead or not, I think that's the target.

"That's my plan anyway, to try and get back by then," Russell added.

Russell also added that his issues with Townsend has been blown out of proportion by the media and he has been in constant touch with the latter since the outbreak of coronavirus.

"I have been chatting to Gregor the last couple of weeks, not as player-coach but just as a chat in terms of 'how you getting on? What you doing in isolation? What you been up to?'," he said.

"It was up and down during the Six Nations but I think we are both going to move forward in terms of progressing, which is great."