Finn Russell opens up on his strained relationship with Gregor Townsend 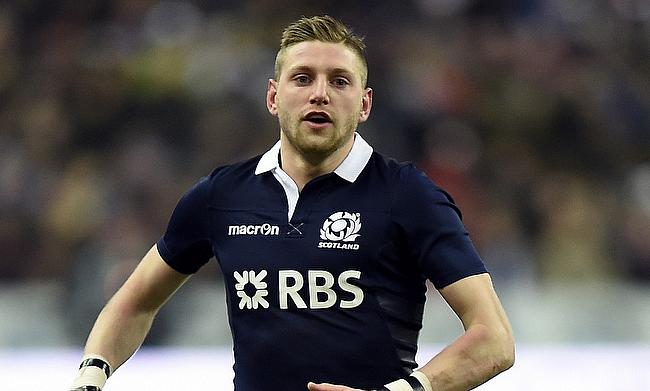 Scotland fly-half Finn Russell admitted that he never had a comfortable relationship with head coach Gregor Townsend despite playing under him for eight years.

Townsend was the head coach of Glasgow Warriors from 2012 - the very same year Russell joined the Scotstoun outfit before the 27-year-old headed to Racing 92 six years later where he now plays under Townsend for Scotland.

Russell was dropped for the opening two games of the ongoing Six Nations tournament for an alleged late-night drinking session at team hotel and his absence was evident in the matches as the Dark Blues lost to Ireland by 19-12 and to England by 13-6.

The Racing 92 playmaker expressed confidence on his return to Scotland set up but wants a better environment.

"I'm going to back myself to play for Scotland again at some point. It's definitely going to happen.

"The way it is going to happen is for me to go back to my club, play really well and be me and be happy.

"The current set-up and environment, I don't think I want to play in that, I don't think it's good for me as a person or a player. I've felt like this for more than a year.

"I'd love to play for Scotland again because I love playing for my country. But until I see or feel the big changes that I need to get back playing my best, it's going to be very hard for me to do it."

Earlier during last year's Six Nations 38-38 draw against England, Scotland were trailing 31-7 during the first half but made a remarkable second half comeback scoring 31 points and Russell said argument with Townsend helped the side in the turnaround.

"Just now, there's no relationship, we don't work at all together," said Russell about his relationship with Townsend.

"Eight years I've had him as a coach, and I don't really know him at all. We've not got a personal relationship.

"I want the best for Scotland and so I've questioned the environment to try and make it better. We [him and Townsend] have clashed quite a lot, him saying one thing and me saying another.

"It's come to a point where I'm saying, 'you can be you and I'm going to be me. That's how this relationship is going to be. Well, it's not really a relationship."