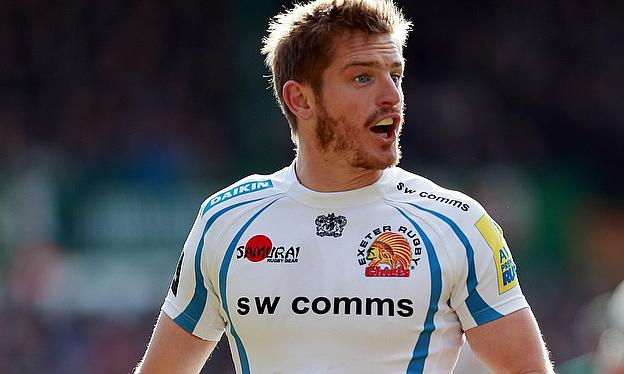 Worcester were languishing 21-3 behind but fought back to claim two bonus points themselves, by scoring four tries and finishing within seven points of the Chiefs.

In the second half, the home team fought back with tries from hooker Agustin Creevy and Lemi's second while Yeandle crossed again for Exeter.

"Winning any Premiership game, especially away from home, is fantastic - but for the actual performance...

"I didn't know quite what to say to the guys (at the end) but pretty much every game we come up here to play against these has a similar ending in that it is a tight one.

"I am disappointed it ended up as tight as it was because, at times, some of our attacking play was fantastic. We were right back up there with finding space, speed of ball and speed of movement that we have had in the Premiership.

"But we coupled that with too much individual ill-discipline. It was not really a group thing but individuals keeping hands in rucks and a couple of high tackles. It swung the momentum away from us and shouldn't really have happened."

"They were sharper and more clinical than us today. They caused us problems with their wide game stressing us a bit.

"But we are not going away yet. We have got a lot of things that we can contribute and we will see what happens after each game before we start being written off by anybody.

"We have three games to survive and we didn't win today. We didn't win because we were not clinical enough about understanding roles in the first half. Today was not good enough for half-an-hour.

"We have a couple of games to go. We know it is Bath and Saracens but funny things happen and if we can get it to the last weekend, we are back at home to make a very interesting closing day."

Ryan Lamb kicked three penalties and two conversions with Steenson finishing on 18 points by slotting over a penalty and five conversions.

Worcester remain almost certain to go down and were looking in all sorts of trouble as Exeter stormed to a 21-3 lead in 24 minutes.

Lewis raced over after nine minutes, Steenson converted although Lamb got Worcester on th eboard with a penalty from 40 metres.

Hill crossed soon after, Steenson converted and Lamb missed another long-range kick shortly before seeing opposite number Steenson cross and convert his own score.

Then, Worcester's fightback began, Jonny Arr feeding Pennell to cross and Lemi kicking up field and beating Matt Jess for pace to touch down.

However, through Yeandle scoring a try either side of the break, both converted by Steenson, Exeter were able to keep Worcester at bay, even if not for long.

Lamb scored another penalty before Yeandle's second try only for the Warriors to storm back into contention with Creevy crossing in the 53rd minute and Lemi adding a second after Exeter replacement James Scaysbrook was sin-binned.

That gave the Warriors one bonus point and they exerted huge pressure on Exeter, even when Scaysbrook returned.

Lamb's third penalty cut the deficit to five points and with moments remaining, a cross-field kick by the fly-half just eluded the grasp of wing Josh Drauninu.

Had he grabbed it, the scores might have been levelled, so fine were the margins on which this game were decided.