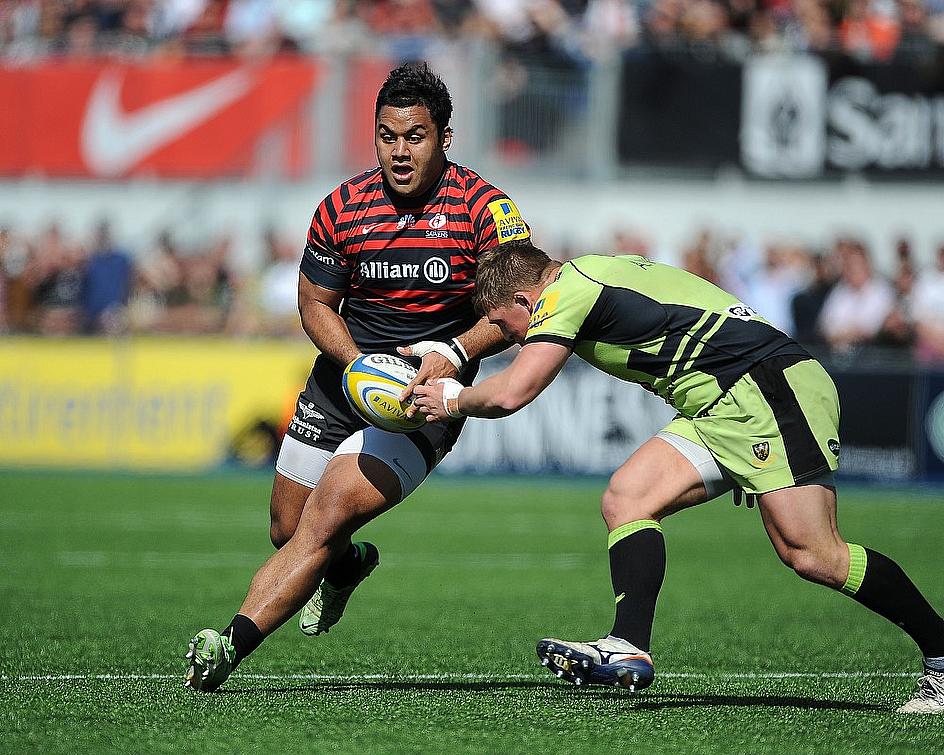 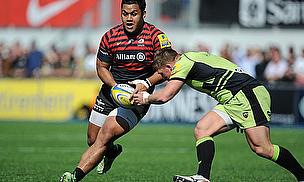 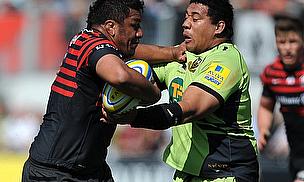 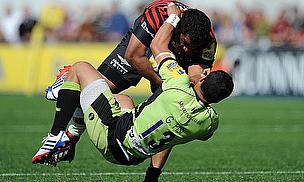 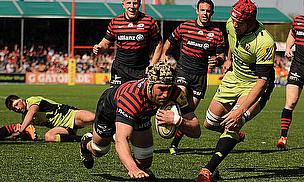 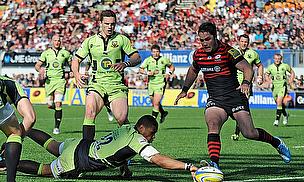 Saracens are all but guaranteed of a home Aviva Premiership semi-final after seeing off a late Northampton comeback to win 28-24 at Allianz Park.

They now lead the Saints, their nearest challengers, by 10 points after a tight victory.

Bosch, Owen Farrell and Charlie Hodgson all added points with the boot although Farrell was withdrawn at half-time with a foot injury.

Saracens appeared to be cruising to victory when 28-10 up only for George North and Luther Burrell to score two late tries within three minutes of each other.

Farrell now faces an anxious wait to find out the extent of his foot injury.

"It's too early to say about Owen. It's a foot injury and you never know with foot injuries," Saracens director of rugby Mark McCall said.

"Owen doesn't remember when it happened. We'll have news later in the week. He couldn't kick with it."

"It was tight at the end but I wouldn't want to ignore the first 70 minutes. We were really good and hard to handle at times," McCall said.

"I was chuffed with how we played and I think that's up there with how well we've played all season.

"What I enjoyed was the intent we had in everything we did. Intent to attack, intent carrying, intent at chasing kicks and intent in defence.

"We'll ignore the last 10 minutes because before that we were brilliant."

"Saracens dominated the game for 70 minutes. We didn't get many opportunities.

"We're disappointed because the accuracy of our game wasn't quite there, but we showed character to come back.

"We're not playing as well as we did before and during the Six Nations.

"But we're not too concerned because Saracens are a good side and we know we played into their hands a bit."

However, Northampton could not complete their comeback and had to settle for a losing bonus point.

Strettle, who has been in fine form this season, scored in the ninth minute when he collected a chip-through by Farrell to register his 15th in all competitions.

However, Saracens soon found themselves behind when Stephen Myler landed a penalty and converted a penalty try.

Saracens hit back through Brown, who touched down on the right after Schalk Brits had burst through the middle to carve up Northampton's defence.

Bosch took over kicking duties with Farrell feeling the effects of a heavy challenge from Courtney Lawes, and slotted over two penalties to extend the home side's lead.

By now, they were threatening with regularity and after Mako Vunipola found space, it took lightning reflexes from North to prevent Chris Ashton from adding another score.

The final action of the half was another Farrell penalty but his involvement ended there and Hodgson replaced him at the break.

And Saracens remained in charge of proceedings despite Northampton making a host of substitutions.

Bosch squeezed over after Richard Wigglesworth had almost crossed himself only for Northampton to finally get into gear.

Burrell stretched out an arm to finish off a move after a lapse by Strettle and North forced his way over with four minutes to play.

Myler converted but the Saints had left their comeback too late.