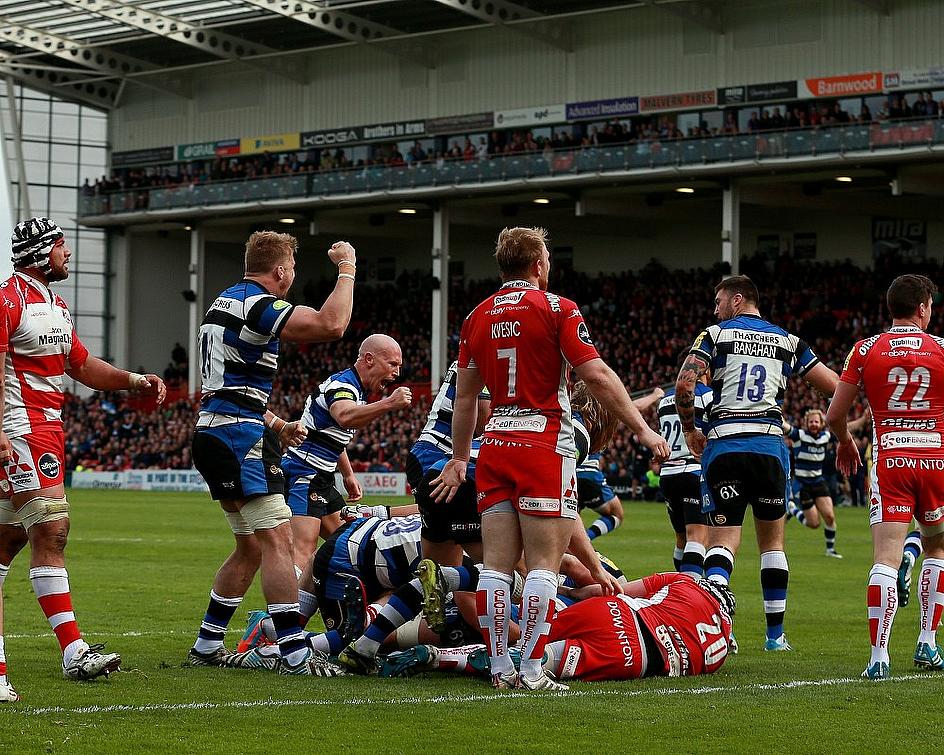 Bath clinched victory over 11-man Gloucester by a single point 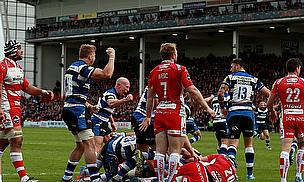 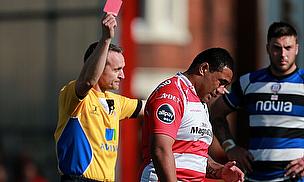 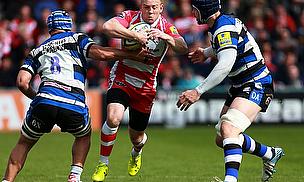 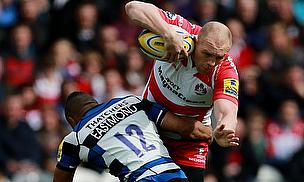 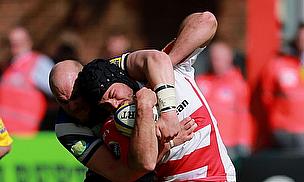 Bath claimed a dramatic late Aviva Premiership victory over a Gloucester side that finished the match at Kingsholm reduced to 11 men.

They won 18-17 after George Ford converted a penalty try awarded in the 79th minute to clinch a first win at the home of their rivals since 2006.

It also kept their play-off hopes alive following a match that saw no fewer than seven  players either sent off or sin-binned.

Gloucester substitute prop Sila Puafisi and scrum-half Tavis Knoyle were given their marching orders and the home side finished with centre Mike Tindall and hooker Huia Edwards in the sin-bin.

"We've had four yellow cards all year and we got three in one game. Derby games are very passionate and players get on the edge.

"The referees have got to understand what is going on out there. It's crucial, absolutely crucial. Why he never used the TMO (television match official), I don't know.

"I am not here to call the referee at all, honestly. I just want to be positive on what we have done."

"I think right from the start of the game the lack of consistency shown really frustrated a lot of players from both sides.

"When it is not managed and there is no consistency, you are going to get frustration.

"The players work very hard to put stuff together and be the best that they can be, and when there is a lack of consistency it is very difficult."

Bath had seen three of their players also spend time in the sin-bin.

Centre Harry Trinder scored in the 71st minute which looked to have put Gloucester on course for victory - Billy Twelvetrees slotting over four penalties - while Bath captain Stuart Hooper also crossed and Ford kicked two penalties before the incident-strewn finale.

Bath forwards Carl Fearns, Matt Garvey and Dave Attwood were sin-binned, meaning Bath played 30 minutes of the game with 14 men and the game saw uncontested scrums once Puafisi was red-carded.

He was dismissed for a dangerous high tackle on Bath full-back Nick Abendanon and Welsh international Knoyle was sent off for throwing punches at Bath number eight Leroy Houston.

That took them past 200 points for the season and came after a spell of dominance in the scrum.

They were then denied a try for wing Horacio Agulla through obstruction and Gloucester took advantage with two more Twelvetrees penalties in three minutes putting them ahead.

Fearns was then sin-binned for a technical infringement but Bath ended the first-half scoring when Ford slotted over to make it 9-6 to the home side.

Just before the break, Garvey was sin-binned for a high tackle on Gareth Evans, which left the latter injured and the former likely to come under scrutiny from the match citing commisioner.

Puafisi was then shown red just eight minutes after coming on and Bath took the lead soon after when Hopper was driven over from a lineout.

Ford missed the conversion and the game then went to uncontested scrums with Gloucester out of tighthead prop options.

However, Bath failed to take advantage, and themselves went down to 14 men again when Attwood was sin-binned for not rolling away from a tackle.

The home team edged back in front as Twelvetrees landed his fourth penalty, putting them 17-11 ahead, but amidst the flurry of cards at the death, Bath were not to be denied.