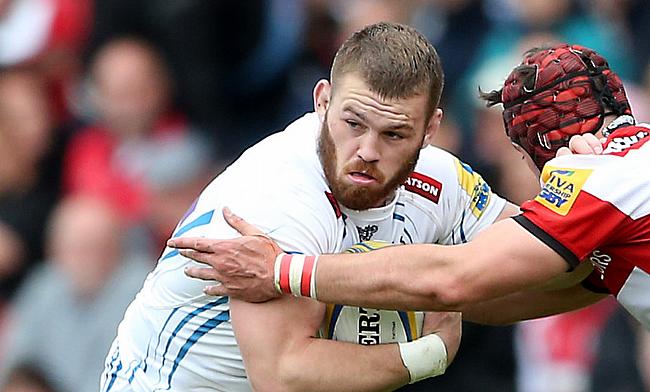 Saracens suffered their first defeat in the ongoing season after Exeter Chiefs completed a convincing 31-13 victory in their Gallagher Premiership encounter at Sandy Park on Saturday.

The defeat means Saracens have slipped to the second place with 42 points with Exeter replacing them at the top with 45 points.

Sarries entered the game with a 22-game winning streak across all the competitions and got to a flying start when Owen Farrell kicked back to back penalties in the first 11 minutes.

The home side responded back strongly and raced into the 5m line of Saracens where Sam Skinner charged down Ben Spencer to send Luke Cowan-Dickie over the line in the 22nd minute. Gareth Steenson slotted the conversion as Exeter took a 7-6 lead.

Steenson also managed to kick another penalty goal at the stroke of half time to take Rob Baxter's side to 10-6 at the end of the first half.

Farrell had a chance to reduce the gap between the sides but missed out a penalty chance after the break before replacement Harry Williams powered from close range for Exeter's second try that came in the 64th minute that was improved by Steenson.

Any chance of a comeback from the Sarries were put off when Schalk Burger was sin-binned for collapsing a maul in the 68th minute and to make things worse for the visitors a penalty try was awarded to Exeter as they stretched their lead to 18 points.

A late Spencer try from Saracens was negated by Matt Kvesic, who helped Exeter claim the bonus point as they completed a 31-13 win.

They go top of #GallagherPrem with a bonus-point win over @Saracens 5??