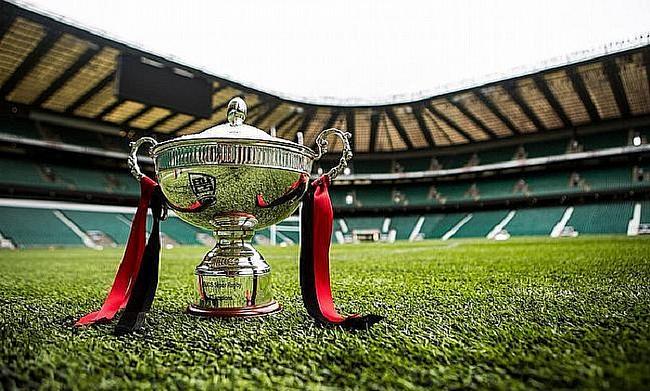 The University of Exeter edged their way to the summit of BUCS Super Rugby after a victory over Cardiff Met.

Keith Fleming’s men, who won the domestic competition last season, are now two points clear after triumphing in this top of the table clash and the sides will renew their rivalry when they meet at the end of January.

With Met suffering a defeat, Hartpury University moved into second spot after thrashing Cardiff University while Durham University made sure they entered 2019 in the top four after a comfortable win against Loughborough University.

Elsewhere, Leeds Beckett University ended the year on a high following an excellent win over the University of Bath and Northumbria University also headed into the Christmas break in good spirits as they defeated Nottingham Trent.

The University of Exeter moved to the summit of BUCS Super Rugby after defeating title rivals Cardiff Met at Topsham.

Olly White and Harry Johnston exchanged tries before the latter landed a penalty to nudge Met in front. However, Exeter went into the break with the advantage following two close-ranged scores.

(80’) FULL TIME. 28-22! Exeter come away with the win against a strong Met side. A cracking game of rugby from both teams. Thank you to @cardiffmetrfc, have a safe journey and see you in 2019! #BUCSSuperRugby #EXECDM

Shawn Howard’s effort reduced the gap after the interval, but another powerful try from the hosts kept them in the ascendency.

Zach Clow’s score on 76 minutes set-up a nervy finish, but Exeter hung on for the win which leaves the current BUCS Super Rugby domestic champions two points clear at the top.

Hartpury recovered from a defeat against the University of Bath to run out comfortable winners against Cardiff University.

Tries from Ervin Muric, Aquile Smith and Ben Kellard gave the home side a 21-6 lead at the interval.

And, the hosts went through the gears in the second half as Muric completed his hat-trick before Elias Caven, Aquile Smith, Harry Chamberlain and Robbie Smith added further tries.

Durham University moved back into the top four of BUCS Super Rugby after a six-try victory over Loughborough University.

The away side led 10-6 following two tries – one from Fitz Harding - while Josh Lewis landed two penalties for the hosts.

Tries from Myles Rawstron-Rudd’s and Jamie Adamson, either side of penalty, extended Durham’s lead before Matt Welsh got in the act to put the visitors in complete control.

Loughborough did claim their first try of the evening on 72 minutes, but Jack Hedley wrapped up the victory for Durham with an interception try.

Leeds Beckett recorded back to back wins for the first time this season following a bonus-point victory against the University of Bath.

Harry Robinson opened the try-scoring for Beckett while Trystan Lloyd, Charlie Venables and Xavier Valentine also touched down for Kerry Wood’s side.

The hosts’ victory was complete thanks to a late penalty try, with Bath crossing on three occasions through Chris Barry, Finnn Murphy and Cameron Keys as the unpredictable nature of BUCS Super Rugby continued.

Bath Head of Rugby Aaron James speaking to the club website: “I thought Leeds Beckett’s defence was very good today and they definitely deserved the win in the end,” he said.

“Although it was a disappointing result, our boys showed a lot of heart and it was nice to see so many tep up from the 2nd XV and show what they can do in this tough league – I was really pleased with those guys in particular.”

The hosts set the tone for this excellent bonus-point victory as Oli Robinson, George Bordill, Charlie Parkhouse (2) and Joe Pickering all touched down.

Northumbria led 29-0 at the break and they continued to be ruthless in the second half.

Josh Rudling and Yaree Fantini added further tries to complete the rout while Trent could muster only one score of their own.