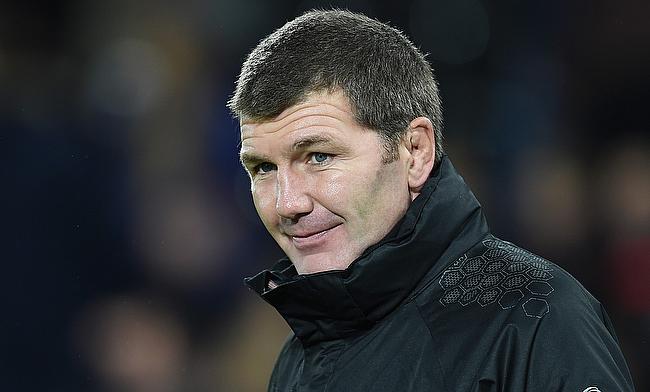 Exeter Chiefs director of rugby Rob Baxter hopes their recent win over Saracens at Sandy Park last weekend will renew their confidence for the remainder of the Gallagher Premiership season.

The Chiefs, who started the Premiership with a lot of promise with eight consecutive wins suffered a 28-26 defeat to Harlequins in the ninth round while their European Champions Cup campaign hasn't quite gone according to the plan after managing a solitary win from four games.

Desperate, for a turnaround, the Chiefs met the Premiership champions on Saturday and tries from Luke Cowan-Dickie, Harry Williams, Matt Kvesic and a penalty try ensured they went on to complete a 31-13 bonus point victory that has seen them reclaim the top place in the table.

"What I want to see is it give us a renewed confidence and a vigour that if we do what we do, and we do it very well and with a lot of energy, then we're a tough side," he told BBC Sport.

"That's the most important lesson, that on our day we can beat a lot of good sides. But we've got to be ourselves and we've got to do it really well."

Baxter also added that the 19-27 defeat they suffered against Premiership rivals Exeter Chiefs in the round three of the Champions Cup made the players desperate to turn things around.

"It's way too early to say that the kick in the pants that we got from Gloucester at home here has now reinvigorated our season, but I would like to think we just learned some lessons," added Baxter.

"Something had slowly dripped in that we probably hadn't quite got on top of and came to a head in the Gloucester game.

"We had a lot of players looking around wanting to spend more energy telling each other what they should and shouldn't be doing than actually getting on with it themselves.

"That was a real lesson. What we've got to make sure is that we don't let that drip back into our game."