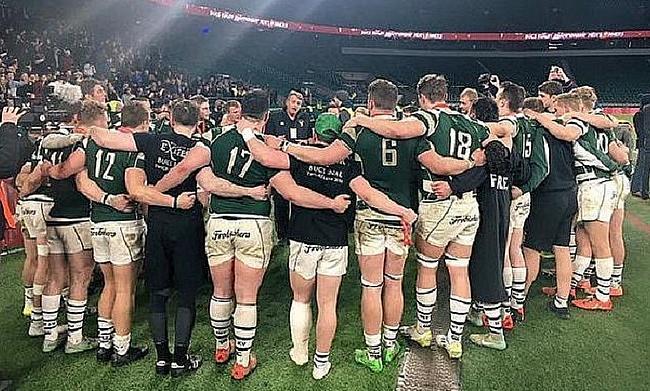 Exeter maintained their three point gap at the top
©BUCS

Exeter kept in control of the BUCS Super Rugby title race with a hard-fought win over Durham to begin 2018.

Keith Fleming’s side remain three points clear at the summit following victories for both Northumbria and Cardiff Met on their return to action after the Christmas break. Meanwhile, Leeds Beckett’s fixture with Nottingham Trent was postponed.

Elsewhere, there were only a few fixtures from our featured leagues that took place on Wednesday due to teams still coming back from the festive interlude, but it is safe to say Hartpury Men’s 3rd XV and their Women’s side enjoyed a fabulous start to the New Year.

Max Himbury’s late score clinched victory for Exeter against Durham in an entertaining contest at Topsham.

The hosts raced into a 24-9 lead courtesy of 14 points from Sam Morley and tries via George Gosling and Josh Pieterse.

After the break, Alex Keay’s side got back to 24-21 with two scores to add to Tom Catterick’s three first half penalties.

However, Exeter were not finished and Himbury’s tidy footwork and pace won the game for the hosts which leaves them three points clear at the summit of BUCS Super Rugby.

Northumbria ran in six tries as they saw off the challenge of Loughborough to remain second in the BUCS Super Rugby table.

Will Muir touched down for the away side after just four minutes before Darren Fearn’s men found their rhythm with George Wacokecoke, James Christie and Edward Bloodworth all going over in the first period.

Will Elt and Alex Glashan ran in first half scores for Loughborough and the hosts touched down at the start of the second 40 as Captain Quinten Koster scooted over.

However, Northumbria seized back control in this encounter as Oliver Robinson and Ruairi Howarth dotted down before Loughborough finished with a flourish following scores from Matt Travers and Glashan again.

Cardiff Met secured their ninth victory from their last 10 matches as they defeated Bath in a thrilling contest at Infield.

The win for Met keeps them level on points with second placed Northumbria and firmly in the hunt for a shot at the BUCS Super Rugby title.

The hosts led at the break as Will Partington’s try cancelled out two Tom Morgan penalties.

However, two quick tries from Tom Benjamin and Max Llewellyn put Cardiff ahead, but Bath hit back through Chris Barry and Tom Doughty.

Bath had restored their one-point lead, but Aaron James’ men were unable to see the game out as Shawn Howard’s try and another penalty from Morgan sealed the win for Met.

With teams returning to action in drips and drabs following the Christmas break, South B was the only division which produced some results. League leaders Hartpury 3rds clinched their seventh straight win of the season as they beat Portsmouth 44-7 to maintain their 100 per cent record while St Mary’s were given a walkover result against Southampton.

There was more success for Hartpury in the Women’s top divisions as they thrashed Oxford 105-0 to remain top of Premier South while second placed Exeter are level on points following their comfortable 66-0 victory over Gloucestershire.