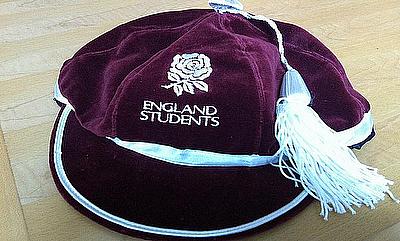 Thirty-eight players who have featured in BUCS Super Rugby this season have been named in England Students’ squad for their double fixture with France in April.

Thirty-eight players who have featured in BUCS Super Rugby this season have been named in England Students’ squad for their double fixture with France in April.

Ten Loughborough players have received call-ups to the 44-man squad, with Andrew Boyce and Will Kaye getting the nod whilst league leaders Exeter have a party of nine included in Aaron James’ plans.

Josh Bragman, Will Muir, Oliver Robinson and George Wakcokecoke have been rewarded for their fine form for Northumbria while Bath and Nottingham Trent have two representatives a piece.

“The BUCS Super League has resulted in a higher level of play, which will boost England Students’ chances,” James told www.englandrugby.com.

“The competition has taken another step up this year and the guys will benefit from that; the standard has to be very high to play France. We need to be at a National One standard or above.”

Charlie Wilson is the only player to have been selected from Durham while Max Cresswell (Bristol), Will Goodrick-Clark (Oxford Brooks) and Dan Nutton (Newcastle) have been named alongside Will Wilson (Oxford), Jake Hennessey and Buchan Richardson (Cambridge) who all have Varsity experience.

The 44-man squad will be reduced in March and will then meet up for a two day training camp on April 10th and 11th before games against France on the 15th and 20th.