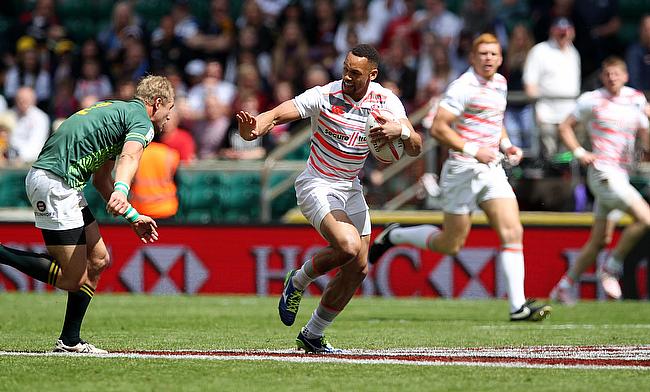 Worcester Warriors back-row Matt Cox to retire at end of season
Abbie Brown Exclusive: “I have enjoyed every single moment of being here”
Mateo Carreras signs new deal with Newcastle Falcons
Nate Ebner Exclusive: “Rugby made me the way I am”

Dan Norton spoke to TRU last August, the future ahead of him looking much different to the one that is before him now.

Just minutes after that interview was released, London Irish announced they had coaxed Norton back to the 15-a-side game on a short-term contract.

Having not played the sport's full format for nine years up to that point, he pulled on a green jersey on two occasions and scored one try before moving on to the next adventure.

That next adventure would be in Bermuda where Norton and a number of his England teammates took part in the inaugural World Tens Series. In the midst of all of this, he and his colleagues were looking to find funding to keep England Sevens on the map as well as their hopes of playing at the Olympic Games alive.

In July 2019, TRU were present in Colomiers as Norton put England on his back to secure Olympic qualification with a hat-trick against France. The sevens’ all-time leading try scorer was then whisked away to the airport in order to be with his wife who was due to give birth to the couple’s second child.

As a result of Covid-19, the England Sevens programme was cut by the RFU and it took until late December for funding to be secured, funding that saw England, Wales and Scotland combine to form GB Rugby Sevens.

Based at Loughborough University, Norton talks from his on-campus room with Jamie Farndale propped up over the Englishman’s shoulder. A Scottish parrot if you will but unlike a parrot, Farndale thankfully does not squark mid-conversation, instead opting to bury his head in his laptop only emerging when mentioned for a quick wave.

“When we first came in, it was masks everywhere, we were in single rooms,” Norton said. “This is the first time that we have been able to have roommates, so I have got an unlucky Jamie Farndale and from the sounds of things, we are complete opposites.

Congratulations on a brilliant career Phil ??

We wish you all the best on your next chapter Phil ??

“I am very untidy, he is very tidy, but he does possess a coffee machine, so these are very exciting times. The nice thing is a few of us were around the last camps and there is that inter-nation rivalry, but everyone is pushing for the same goal.

“That makes the values and the bonds greater because we are all striving for the same thing.”

But someone who isn't going for the same goal this year is Phil Burgess. The England stalwart announced his retirement from rugby in March and the 32-year-old’s decision to step away from the game was a surprise to many.

In an exclusive interview with TRU 11 months ago, Burgess said he had prepared himself to leave the game by that point and he began working at Cranleigh School as the Head of Rugby. However, after joining the GB Sevens group in the East Midlands, he felt that it would have been unfair on his wife and two sons to spend so much time away.

Norton was already an established name for England and with his third child on the way, the 33-year-old says that Burgess' decision to retire made him evaluate his decision to be in Loughborough.

“It was a massive shock and I don’t think any of us really saw it coming,” Norton said. “I don’t think there were even any murmurs to be fair. We were all just going about our business, happy being back and I think that probably showed the stresses of being in this environment.

“I was probably a bit too selfish in a way of being like 'I am going to leave my family, going into camp to try and get to the Olympics' and it took me a second after speaking to a few guys and asking; 'Am I doing the right thing?' to cement my decision."

Following the disbanding of England Sevens last year, Norton was one of the few men’s players to find himself a place with a Premiership club for the resumption of the 2019/20 season.

Will Muir signed for Bath, both of Will Edwards and Richard de Carpentier went to Harlequins and Norton joined Declan Kidney’s London Irish. Following nine years focusing solely on sevens, Norton says he was very grateful to have had the opportunity to try his hand at 15s once more.

“I think I was lucky that Covid hit because I wouldn’t have had the opportunity otherwise,” Norton said. “I would have liked to maximise it a little bit more in the sense of being my normal self of two years ago and being able to run really well and beat people and combining that with how they want to play.

“Ten years ago when I was at Bristol and trying to do sevens and 15s, they are two different sports and it is hard to do both. It is hard trying to have the fitness levels and that repeatability you need within the sevens environment.

“I did find the 15s element of kick-chasing, the monotony of that, how it eats into your legs and when you are trying to attack and beat defenders, I felt a bit depleted. I am grateful that they [Irish] took me on for that short period and I would love the opportunity in my golden years to give it another go.”

Here are the fixtures that will bring #InternationalRugby7s to a close today??

Now with less than 50 days until the Tokyo Games, GB’s preparations are in full flow. Their first outing was at the International Rugby Sevens in Staffordshire which was followed up by a trip to Dublin where they faced Ireland in the HPC International 7s last weekend.

With the squad set to be trimmed down in the coming weeks, Norton says the key to success is more time on the pitch, especially with most of their rivals in Japan getting plenty of chances to play.

“Any opportunity for us to play sevens is massive,” Norton said. "A lot of guys haven’t played sevens in 14 months, so having that game time is only going to add value to us. You’ve seen the likes of New Zealand playing Australia in recent weeks. South Africa were playing in the Rugby Africa tournaments.

“A lot of teams are still playing and we haven’t played very much, so I think we would be very lucky and very fortunate to get any game time that will help the team get in the best position possible for the Games.”

Dan Norton was speaking to Talking Rugby Union alongside Abbie Brown and Dan Bibby as part of the RFU partnership with Red Bull. For more information please visit redbull.com