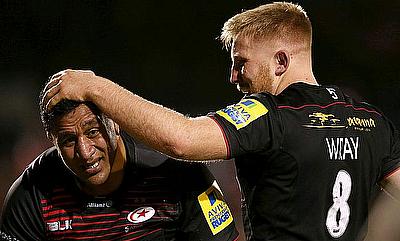 Whilst featuring on The Offload Podcast, the ex-Harlequins CEO believed that lowering wages would reduce the rising cost of domestic club rugby.

This comes during the week that Saracens’ South African investors, Remgro, have pulled out of the club and that the clubs chairman, Nigel Wray, has regained total control of the side.

Remgro decided to pull their financial backing after making an operating loss of £2.74m last year.

Evans claimed: “The model for club rugby is wrong. What I hope is that having driven the revenue, because if you look at the revenues the clubs have got compared to where they were 10 to 15 years ago, they’ve made huge strides.”

Evans also thinks that the Premiership should follow the GreeneKing IPA Championship’s example and scrap the Anglo-Welsh, like the Championship have done with the British and Irish Cup.

A good reason to do this would be because of how uncompetitive the Welsh regions are.

Evans has a different perspective on it: "You get rid of the A League straight away and the Anglo Welsh Cup in my view.

“We need a certain number of players to do that. There are squads in the Premiership of over 55 players. That is nuts."