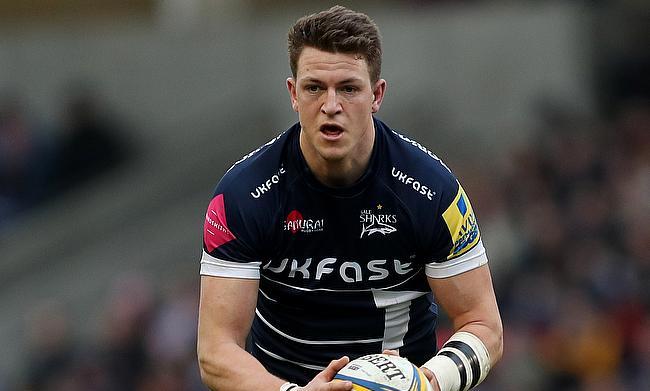 Talking Rugby Union's Joe Harvey takes a look at this week's Aviva Premiership action as we enter the business end of the season.

Sale will be going into this match hoping that they can build on their impressive 58-25 victory against Worcester, by beating third placed Wasps.

Sale are still waiting to hear whether prolific winger Denny Solomona will be allowed to play in the fixture, but have named him in the starting line-up anyway.

If Sharks were to win through a bonus point, it would put them just one point off the Coventry based side. Director of rugby, Steve Diamond has said: "It should be a great game. It's a match between two good sides who play rugby the right way and I think it could be one of those games where it boils down to who makes the least mistakes.”

Wasps are welcoming back former Sale player Tommy Taylor to their match day squad for the first time this season after an injury ravaged campaign.

Dai Young is cautious over Friday night's opposition: “Sale have plenty of threats and we haven’t won there for quite a few years. They are playing better now than ever.

"We know they’ve got a really decent pack and a very good driving lineout game that brings them lots of field position and points. They’re hot on our heels in the league as well so this is as big a game for them as it is for us.”

Bath have taken this home fixture to Twickenham for the second year running. Last year, Bath were victorious over their East Midlands rivals 27-21, an exciting affair for fans as the Somerset side had to overcome an 11-0 deficit after only 11 minutes.

Last year, George Ford was lining up in blue and Freddie Burns in green, but now the roles have reversed.

?????Fans can expect to have an immense day out on Saturday for #TheClash, with the weather also playing its part. Forecasters predict temperatures to be as warm as Portugal when the team runs out onto the pitch at HQ to face @LeicesterTigers pic.twitter.com/AHlSlOqKhH

Cooper Vuna will look to impress on the week that it was announced that he had signed a contract extension that will see the thirty-year-old at the Rec for at least next season.

Back-row, Luke Hamilton, has said that over this week the Tigers “have just been getting on with it” amidst all the build up to the Tigers' trip to London.

Leicester will be hoping to leapfrog fourth placed Newcastle in their traditional end of season push for the title. Meanwhile, Bath, are looking to get in the Champions Cup places, provided results go their way.

Saints will hope to hit back at their tormentors of this season and give Sarries a taste of their own medicine. Having conceded a whopping 174 points to the Londoners so far this season, you wouldn’t be surprised if this was a high scoring affair.

It has already been a difficult week for Saints. Losing Nic Groom with immediate effect as the South African returned to his homeland to play in Super Rugby once again and off the field, getting the county council to get a group of travellers of the clubs car park.

Sarries haven’t had a quiet week either with Chairman Nigel Wray regaining 100% control of the club following the club’s South African investors, Remgro, pulling out: "Remgro has been a fantastic shareholder in Saracens for the last nine years and, as shareholders do, they have decided to reduce their shareholding and I am very happy to say that I've decided to buy all their shares as I have huge faith and commitment to this club and everything it stands for,” said Wray.

Mark McCall will hope that his side don’t stall following their European exit and take a step closer to securing a play-off spot. Continuing their impressive winning form against Northampton will be the best way of doing this.

Quins can only be optimistic going into this game. Having said that, the Twickenham side lost to London Irish on the opening day of the season.

Harlequins have been inconsistent throughout the entire season and will have had two weeks evaluating their loss against Saracens, in which they were very passive.

?? This Saturday against London Irish, we will welcome our England internationals home to The Stoop. pic.twitter.com/r9gec6Lr3M

Irish will be without big South African Arno Botha as he recovers from a calf injury. The injury will keep Botha out of the Harlequins game, as well as the following game against Exeter.

Declan Kidney’s men will be holding on to the hope that they will be able to stay in the league, providing that Worcester completely capitulate in the next four games.

In one of the leagues battles on plastic pitches, Warriors will be wanting to stop the 'Flying Falcons' from soaring too high. With a point to prove after their loss to Sale last time out, Worcester will look to impress back at Sixways.

Worcester Captain Donncha O’Callaghan, has admitted that his side are in a dogfight with bottom side London Irish as to who go down.

On Newcastle’s last Premiership outing at St James' Park, it was in a different and on a much bigger stage. At Sixways this week Newcastle will be looking to extend their Premiership winning run to five games.

In the weekend's final fixture, the Cherry and Whites will try to get over the nightmare of their trip to London Irish two weeks ago after giving the Exiles a 17-point lead before eventually overturning the deficit.

Like Leicester, Gloucester will hope that they could overtake Falcons at this late stage in the season. Getting a Champions Cup place would be great for them after underachieving for so long.

Chiefs will be buoyed by their first taste of silverware this season following their success in the Anglo-Welsh Cup and it will give the Devonians extra motivation going forward. Exeter will be wary that dropping any points at this stage in the season could let Saracens upstage the Chiefs.