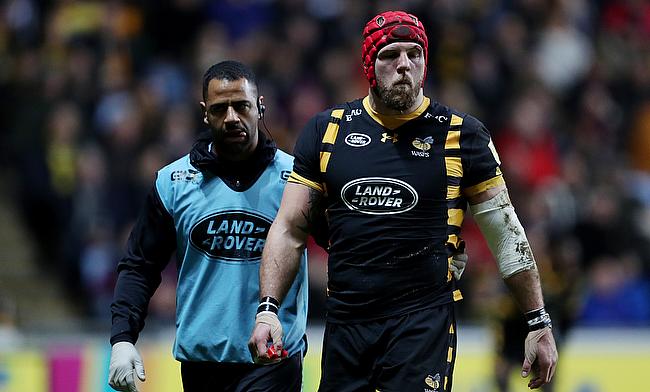 As the Six Nations 2017 tournament is set to begin on 4th February, let us take a look on the injury concerns for the defending champions England.

The 30-year-old back-rower was due for surgery on Monday after suffering a left shoulder problem in Harlequins' 24-17 Aviva Premiership loss at Worcester on New Year's Day. The former England captain will be sidelined for 12 weeks and so will play no part in the Six Nations. Robshaw rebuilt his Test-match reputation in 2016 as England romped to a perfect 13-match winning streak, having relinquished the captaincy after the failure at World Cup 2015.

Suffered a nasty knee injury in November and will definitely miss at least the early rounds of the Six Nations. The battering-ram Saracens number eight will be sorely missed given his talismanic status in Jones' England line-up. Billy Vunipola's mix of brute force and subtle ball-playing skills has added an extra dimension to England's backline, allowing Jones to pair George Ford and Owen Farrell in midfield without fear of losing physicality.

Bullish flanker Haskell lasted just 35 seconds of his big comeback match as his Wasps side saw off Leicester 22-16 at Coventry's Ricoh Arena on Sunday. The 31-year-old suffered a suspected concussion when tackling Leicester's Freddie Burns, less than a minute into his first action in seven months. Haskell underwent toe surgery after England's triumphant 3-0 series win over Australia in June. No sooner had he fought back to fitness though, than he has picked up another injury issue. Wasps boss Dai Young insisted Haskell was "totally fine" after the match, but he must now undergo the regular raft of concussion checks before being cleared to return to action.

The England captain took his career suspensions tally to 60 weeks with the six-week ban for striking Leinster's Sean O'Brien. Hartley will be available for England's opener against France at Twickenham on February 4, but will be short of match sharpness.

The combative loosehead prop has picked up a calf problem to remain a doubt for the opening stages of the Six Nations. England will be hoping he can recover in time to face France, especially with worries around fellow number one Mako Vunipola.

England are likely to be without both Vunipolas to face France, unless Mako can produce a remarkably quick recovery from his own knee issue. The loosehead prop has become one of England's most important performers, adding improved tight work to his impressive open-field exploits.

Kruis has been battling a minor cheekbone fracture but expects to be back in action when Saracens host Toulon at Allianz Park in the European Champions Cup on Saturday, January 21. The 26-year-old had a stellar 2016 as Saracens claimed the Premiership and European double, as well as England sweeping the board with 13 wins in 13.

Physical lock Launchbury has been dealing with a calf injury but is now expected to be back in time to contest selection for England's opener against France. The 25-year-old could be expected to start alongside Kruis in the second row if boss Jones switches Maro Itoje to blindside flanker to offset the loss of Chris Robshaw.