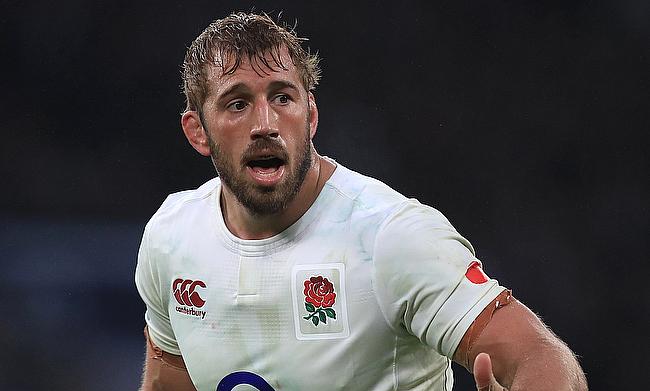 Former England captain Chris Robshaw will know his fate on participating in Six Nations 2017 tournament on Monday when he meets a specialist to ascertain the extent of his shoulder injury.

The 30-year-old suffered the blow at the start of the second half in the Aviva Premiership game while playing for his club Harlequins against Worcester Warriors last weekend.

The 6 ft 2 in back-row will undergo a scan on weekend and in the probability of a surgery on his shoulder, he will be forced to miss England's Six Nations title defence.

"I'm seeing a specialist on Monday and will know a bit more after that," Robshaw told Press Association Sport.

"It's all up in the air at the moment and it's hard to know exactly where I stand. Once we get to Monday, we'll know the position we're in.

"It feels fine in everyday life but rugby isn't everyday life, that's the thing. It's got to be ready for rugby.

"We'll see if it settles down a bit before Monday and then take it from there and make a decision."

The injury problems has compounded for Eddie Jones' men with Mako and Billy Vunipola are already out of the tournament with knee injuries while Wasps captain Joe Launchbury is certain to miss out the tournament opener against France with a calf injury.

James Haskell and George Kruis are also doubtful starters while Dylan Hartley will have to prove his fitness to stake a claim on the side and Robshaw believes injuries are always part and parcel of the game.

"Injuries have always been part of the game, as they are in any sport or profession where you're pushing your body to the limit," Robshaw said.

"When you're playing a run of matches, you're putting it under stress and unfortunately things can happen.

"It's more about how you come back from injury and in the modern game we've come a long way, even from the time I first started playing professionally."

Robshaw also believes playing with positive mindset is reason behind England's success in the last one-year under Jones.

"When we were in Brighton, we spoke not about defending a Grand Slam but winning it. That's an exciting mindset to have," Robshaw said.

"It's a slightly different scenario to what anyone of us has been in before because none of us have had to defend being Grand Slam champions before.

"It's about going out there and playing with confidence and (head coach) Eddie Jones has given us that.

"We won all four in the autumn for the first time and were pretty pleased with that, but we felt we didn't play as well as we can so we know there's more to come."