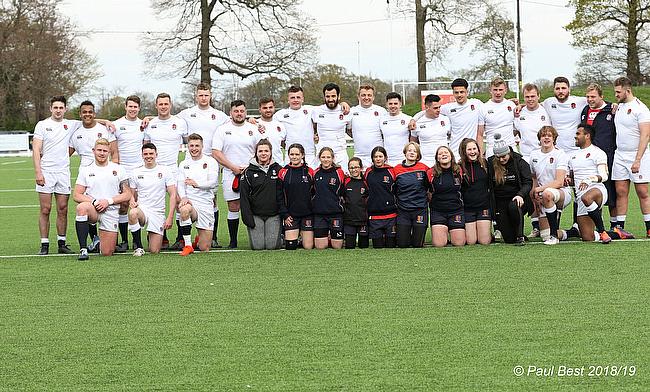 The smiles on faces and the scenes of jubilation would have told you all you need to know.

Just under a month ago, England Students were able to break a 10-year hoodoo against France Universities as Darren Fearn’s side secured a marvellous victory.

A Twickenham hero just a week earlier, Hartpury University’s Robbie Smith had another moment to remember as he scored twice for his country as England secured a 27-17 win in Chester.

Following their historic triumph, Fearn expressed his delight at being able to work with such a ‘talented group of individuals’ as part of a ‘phenomenal’ England Students programme.

After another scintillating season of University Rugby, in particular at BUCS Super Rugby level, the game continued to thrive but as England Students prepared for their second clash with France, those positive headlines faded into the background.

The Rugby Football Union’s financial situation was aired on social media after they announced severe cuts to the community game.

The Telegraph reported the RFU is planning to save in the region of £10million and it looks as though the grassroots game will be the victims of their reductions. Yet, the RFU aren’t prepared to cut their own expenses budgets in order to continue their free trips to Rome and Paris during the Six Nations and stay in hotels which cost £340 per-night, as The Times revealed this week.

Things such as events at Twickenham are set to be decreased next season and under that umbrella are finals in schools and club competitions.

In terms of cuts to the teams themselves, that’s where it affects university rugby. The England Students programme is set to be suspended for the 2019/20 season because of a 30 per cent reduction in the budget for the RFU’s aspirational teams which also includes England Counties.

Former England Student and Fylde player Josh Beaumont told TRU this week that playing for England Students is the pinnacle for a university athlete. He hopes there will be more investment into the student game and the county game as it provides a brilliant pathway for player development which the likes of himself and England international Mark Wilson have experienced.

You only have to look at Harlequins recruiting 2018 representative Luke Northmore (Cardiff Met) for next season and you can also highlight Northumbria University's George Wacokecoke, who played for the Students this year and is invovled with Newcastle Falcons this weekend against Gloucester in the Gallagher Premiership.

Unsurprisingly, Beaumont’s sentiments were echoed by some of the leading university coaches on Wednesday during the BUCS Championship 7s competition.

These hard-working professionals always have their fingers on the pulse and they are not 'out of touch' with the game at this level because they have all seen how beneficial and influential university rugby has become, especially over the last few years.

In the above video, we spoke to Durham University's Head of Rugby' Alex Keay and former England Students head coach Aaron James.