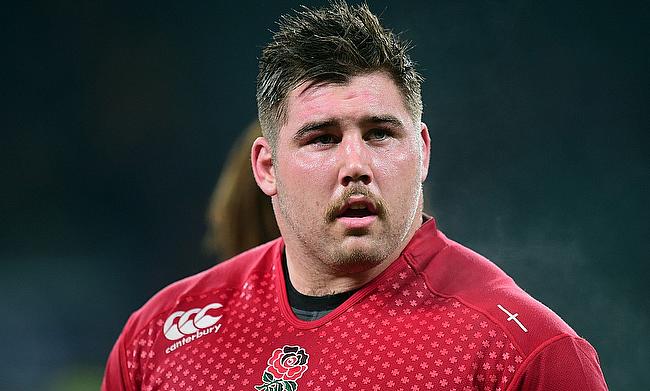 Wasps have confirmed that England international Kieran Brookes has penned a new deal with the Gallagher Premiership club.

Brookes joined Wasps in 2018 and has made 14 appearances for the Ricoh Arena outfit since then during the ongoing season.

Prior to his stint with Wasps, the 28-year-old featured for Newcastle Falcons, Leicester Tigers, Doncaster Knights and Northampton Saints and has played 121 Premiership games including nine for Wasps this season.

“I’ve really enjoyed my time at Wasps since making the move in the summer and there are some fantastic people around the Club," said Brookes.

“It’s been a bit frustrating with injuries for me but I can’t wait to get back on the field and help us try and push on back up the Premiership table to compete with the best.”

The 6ft 2 in prop has played for England 16 times between 2014 and 2016 and was part of the squad that featured in the 2015 World Cup apart from enjoying a Grand Slam with the red rose team during the 2016 Six Nations.

“We’re really pleased that Brookesy has pledged his future to the Club," said Wasps director of rugby Dai Young.

“He’s a top-class prop who has a wealth of Premiership and international experience and having a player of his stature commit to the Club is great news for all involved.

“We’ve got fantastic options in the tighthead area next season, with the experience of Brookesy and Jeff Toomaga-Allen, while we’ve got three up-and-coming players who will really benefit from working alongside these talented individuals.”

Wasps are currently positioned eighth in the Gallagher Premiership table with seven wins from 16 games.