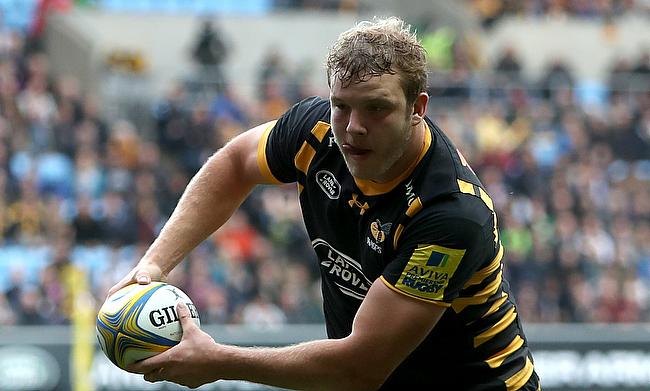 Joe Launchbury has been with Wasps since 2010
©PA

Launchbury started his professional rugby career with Worthing in 2009 but has been associated with Wasps since 2010 making 142 appearances for the Ricoh Arena outfit including 100 Premiership games. He was appointed the club captain in 2016.

“Wasps have been great to me and I will forever have an association with the Club," he told in a statement released by the club.

“There have been some special moments during the past ten years and I want to create more of those over the coming seasons.

“We have a good young squad, and I think we’re now starting to see young players coming through the system which a crucial cog in any elite club.

“With a fantastic home ground at Ricoh Arena and our own high-performance training base being built, the future certainly looks very bright.

“Hopefully as a club we keep developing and growing more and more Premiership-class players, and compete for silverware moving forward.”

The 28-year-old made his debut for England in 2012 against Fiji at Twickenham Stadium and has gone on to play 62 Tests. He was also part of England's 2015 and 2019 World Cup campaigns.

“Launchers has been a tremendous servant to the Club and we’re thrilled he’s agreed to sign a new deal," said Wasps director of rugby Dai Young.

“He is a born leader, who adds a lot to this team and having someone of his ilk pledging their future to the Club is a real statement of intent.”

Wasps are positioned 10th in the Gallagher Premiership table with a solitary win from four games and will lock horns with Exeter Chiefs at Sandy Park on Saturday.