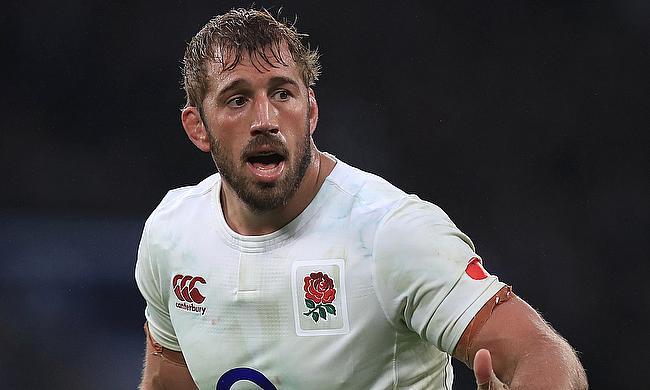 England coach Eddie Jones has confirmed Chris Robshaw as co_captain for the upcoming non-international clash against Barbarians on Sunday along with George Ford.

Robshaw was announced co-captain along with ex-Bath fly-half George Ford in a starting line-up that has eight uncapped players.

This will also be the first time, Robshaw will captain England after he stepped down from the role following a dismal performance in the 2015 World Cup where the red rose team became the first hosting side to be knocked out in the first round.

The 30-year-old's place in the side was under the scanner after Jones took over from Stuart Lancaster following the World Cup and named Dylan Hartley as the captain but the Harlequins flanker proved himself as a player and was instrumental in England's 18-match winning streak. His return to captaincy for the Sunday's game proves he is far from being over.

England will face the Barbarians that has some famed names, without 15 of their front line players, who are busy with Lions commitments while players from Northampton Saints including Hartley will be featuring in the Champions Cup play-off final. Meanwhile, the squad will also be without players from Exeter Chiefs and Wasps as they will lock horns in Aviva Premiership final this weekend.

Bath-bound flanker Sam Underhill will make his England bow among a youthful line-up, with Saracens' Nick Isiekwe and Charlie Ewels paired at lock. Leicester prop Ellis Genge will pack down with Worcester's Jack Singleton and Harlequins man Will Collier.

Saracens' Alex Lozowski will start at inside centre as Jones sticks with his dual playmaker set-up, in Lions star Owen Farrell's absence.

Sale's teenage flanker Ben Curry has been named on a replacements' bench also including Richard Wigglesworth - who could make his first appearance for England since the 2015 World Cup.