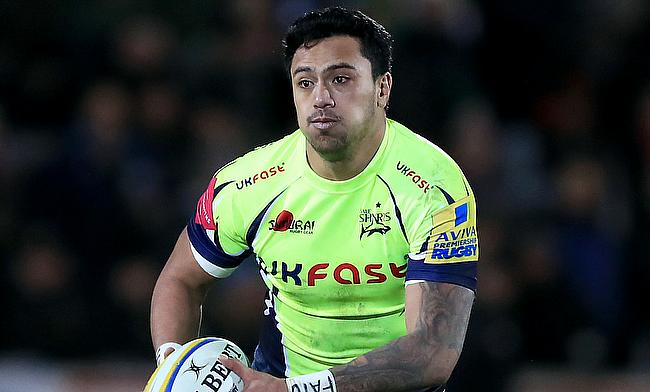 Sale Sharks winger Denny Solomona's debut for England is set to be delayed as he is unlikely to feature in the upcoming tour of Argentina due to a foot injury.

The 23-year-old rugby league convert picked the injury during training and will be further assessed but England coach Eddie Jones expressed his doubt over Solomona's participation in the summer tour.

"We believe it will be pretty doubtful he goes on tour," said Jones.

"Unfortunately injuries are a part of rugby and it just creates an opportunity for someone else."

Earlier in March, Solomona qualified to play for England on residency grounds and was part of Samoa rugby league team as well as London Broncos and Castleford Tigers before his stint with Sale Sharks.

Saracens' Richard Wigglesworth has been recalled by Jones in a 29-man squad for the training camp in Bagshot ahead of their clash against Barbarians on Sunday.

"It's an opportunity to have a look at him and that's what the Barbarians game is for," added Jones.

"He's always been a good player, and I think he's been playing a little bit better. With Ben Youngs away it's an opportunity to have a look at him."