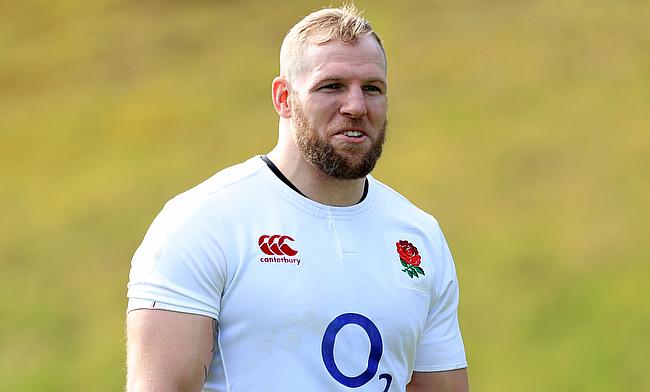 England international James Haskell believes the upcoming tour of Argentina will help the red rose team in adapting to the unfamiliar environment in Japan during the 2019 World Cup.

Eddie Jones' men will kick-start their summer tour with two Tests against Pumas to be played on 10th and 17th June but they will be without 15 front-line players, who will be representing British and Irish Lions in the upcoming tour of New Zealand.

For the second time in two editions of World Cup, England will be facing a tough draw which also has France and Pumas in it when they head to Japan but Haskell believes the team will relish the challenge this time around considering their rich vein of form which saw them register 18 consecutive wins.

The Wasps back-row believes the experience of playing in hostile environment in Argentina will benefit them during their campaign in Japan.

"Argentina play all year, are in the Rugby Championship and are super dangerous," said Haskell, who numbers among England's 31-man squad to face the Pumas that is shorn of 15 players on British and Irish Lions duty.

"That is why it is interesting on this tour in the summer, playing their full-strength side.

"If they had played in the right areas against Australia in 2015 they could have beaten them and reached the final. They will have that experience and they are a tricky team to play.

"In picking youth Eddie (Jones) has gone another tier down and given guys the experience of going to a hostile place this summer.

"We're not going to particularly well-known places in Argentina. Everyone on the tour will be playing for their future in an England shirt.

"All that will be an example of what is going to happen in Japan and the ability of a team to adjust."

Haskell also has the experience of playing in Japan when he represented Ricoh Black Rams in 2011/12 and the 32-year-old believes it will be a challenging for a westerner to get used to the environment.

"Culturally it's very different; the language barrier is one thing because when so many languages are based on Latin you can just about get a few English words - but with Japanese there's nothing," said Haskell.

"So if you get lost in Japan, you're fully lost, if you can't read Japanese you're in hell.

"You'll be spread out quite far, the ability to explore and go around is an interesting one and you'll spend a lot of time together as a squad.

"The England boys are in camp at the moment and are apparently getting absolutely destroyed because Eddie wants to ensure the standards are met.

"Argentina is not a Saxons tour. It's a full-on England tour.

"If you don't deliver in that environment - and this goes for me, Dylan Hartley, Danny Care and the young kids too - you will be out of the door."