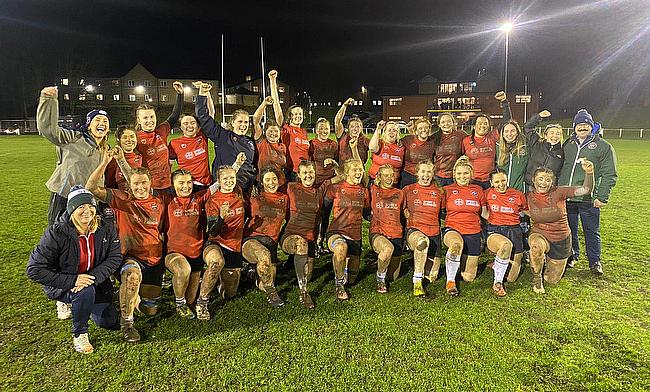 It was back in 2017 that an Edinburgh University squad featuring players who are now starring for Scotland like Sarah Law, Rhona Lloyd, Lisa Thomson, Katie Dougan and Megan Gaffney teamed up with ex-England U20 international Sally Stott and others to take the Women’s BUCS Championship trophy at Twickenham.

The players were on fire that day to defeat Northumbria University 48-5 while two years ago, Edinburgh were set to get another chance to win the showpiece event, but due to the pandemic, the scheduled finals day at the Ricoh Arena in Coventry was cancelled.

Sarah Denholm - the 20-year-old stand-off who already has Scotland honours under her belt but is not in the current TikTok Women’s Six Nations squad as she focuses on her studies - was part of the side who had a final appearance snatched away from them in 2020.

Fast forward two years, she is captain and cannot wait to lead her charges into the Championship final at Worcester Warriors’ Sixways Stadium on Wednesday afternoon.

“I am really looking forward to this match and I know all of the girls are too,” Denholm, the third-year sociology student, told TRU.

“We finished fourth in the BUCS Women’s National League which was slightly disappointing, but the top four sides were all quite well matched and we were just hit by injury and availability issues at times so when we took a step back and looked at it, we were not too hard on ourselves and we refocused for the Championship matches.

“In the quarter-final in early March, we had a home tie against Cardiff Met University. It was not an easy game, but we back ourselves against most teams at Peffermill and once we got into our stride we managed to come out on top 43-0.

“We knew that a week later away to league champions Durham University would be one of our toughest games of the season and it proved to be that way.

“At Hollow Drift, they always have a good crowd watching them and they are a strong side, but on that day we just worked so hard and I was so proud of everyone in the squad.

“We had played them there three weeks or so before and lost in the league, so to turn that around in a short space of time was a great feeling.

“We went into the semi-final with an underdog mentality and I think that really helped us to get the job done and cause a shock.

"In the match, we got points on the board in the first half [Centre Meryl Smith scoring two tries and also converting both] and we led 14-3 at the break.

“We then had to defend really well in the second half because we hardly had the ball, but everyone stuck to their task and even though Durham scored one unconverted try we didn’t let them through after that and won 14-8, although at the end we were camped on our own try line and had someone in the sin bin.

“The feeling at the end was brilliant.”

“We will need to play as well as we did against Durham to win this one, but we know we can do it”

Now only Hartpury stand between Edinburgh and getting their hands on some silverware, but they know it will take another mighty effort to get over the line.

Hartpury have already beaten Edinburgh twice this season in the league and they finished third in the table, but you get the feeling that the recent results against Cardiff Met and Durham have galvanised the Scots and given them belief.

For the game, loosehead prop Anne Young, back-row Eva Donaldson and centre Meryl Smith, who have been in the wider Scotland group for the first three rounds of the Six Nations, have also been named to start in a further boost.

However, back three player Shona Campbell, who was listed as ill ahead of the France match on Sunday, misses out.

Ahead of the Women's National League Championship Final, @ccruikshank1, Sarah and Rhea spoke to us about the @EULRFC season and the big match ?? pic.twitter.com/6ed1VPgw4X

“We will need to play as well as we did against Durham to win this one, but we know we can do it,” Denholm, who grew up playing for her local club Biggar, explains.

“The two games we have played against Hartpury already this season were not good ones from our point of view, but we have watched them back and taken things from them that we can do a lot better to cause them problems in this final.

“We are looking at this as a one-off game and for some of the players, it could be their last for the university so we will stick to our game plan, leave nothing out there on the pitch and hopefully come out on the right side of things at the end.

“The coaches, Claire Cruikshank and Gordon Lyon, have emphasised to us to trust in our systems and each other while we have a great team spirit and these are the big games you want to be a part of.”

Edinburgh University take on Hartpury University in the women’s BUCS Championship final at 4.45pm on Wednesday at Sixways, Worcester - the match will be streamed on the BUCS Sport YouTube and BUCS Super Rugby and England Rugby Facebook pages.