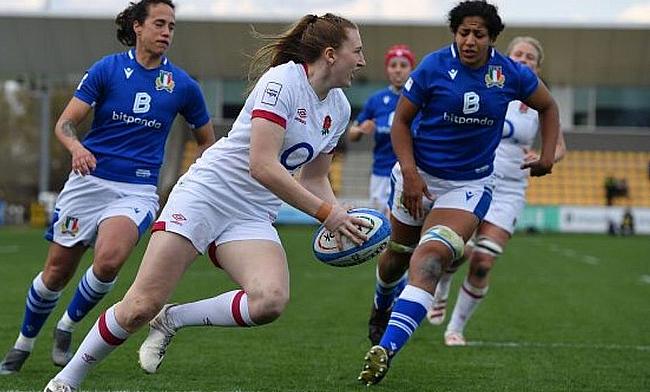 When Emma Sing last played a game at Kingsholm, the full-back started in Gloucester-Hartpury’s 15-12 win over Worcester Warriors.

Just four weeks removed from that game, the 21-year-old will be returning to the South West as a two-cap England international, fresh from scoring her first try for her country last weekend in Italy.

Simon Middleton’s Red Roses currently sit at the head of the TikTok Women’s Six Nations table, their 74-0 win in Parma going a long way to keeping the world’s number one side ahead of France and Wales who remain in hot pursuit.

As much as it will be a return home this weekend for Sing and club teammates Mo Hunt, Connie Powell and Zoe Aldcroft, it is Wales who may feel like they are in more familiar surroundings with over 10 players in Ioan Cunningham’s ranks playing their club rugby in the West Country.

With over 11,000 tickets sold so far, the game is likely to set a new record attendance for an England Women’s fixture held away from Twickenham.

If selected, Sing will be coming up against plenty of recognisable faces including Sisilia Tuipulotu. She is set to be the full-back’s housemate next year and the teenager from Newport is not only one of the hottest properties in women’s rugby, but is someone described by her club colleague as the “coolest person at Gloucester."

Now with two caps and an international try to her name, Sing’s time in an England jersey came after an autumn period where she was ever-present in the international squad but didn’t pull on a jersey against New Zealand, USA and Canada.

“I wasn’t expecting to be in the autumn squad,” she said. "That was quite a big shock for me. I just got added to a group chat and I was just like ‘is this real?’ I didn’t really know what to believe.

“Being involved in the autumn, I found that I really developed as a player. Through the AP15s [Allianz Premier 15s] I developed as well, and then coming in [for the Six Nations], I felt a lot more comfortable around the environment.

“Every opportunity I get I try to take it with two hands and be the best player I can on the pitch and show the coaches.”

Having trained at outside centre across the autumn, Sing has since been handed opportunities in her favoured full-back position, coming off the bench in the opening two rounds and making an impact.

This impact has come in different ways as against Scotland, it was largely a defensive performance but against Italy, the replacements had to carry on England’s dominance.

“Against Italy, we were just trying to be ruthless, and they never really had any opportunities to score,” Sing said. “I feel like we are just going to build on what we are doing in training and go to Kingsholm and focus on us. We know they have got threats around the park, but it is just about us.”

When the 80 minutes is up on Saturday, the Six Nations goes on its fallow week. Players will get a well-earned rest after three Test matches on the trot, but Sing’s mind will still be on rugby, with several of her club teammates playing for Hartpury in the BUCS final at Worcester Warriors’ Sixways Stadium on April 13th. 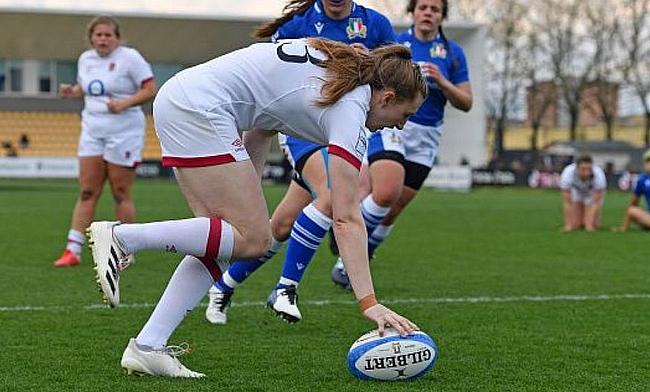 Studying Bio Veterinary Science, Sing has been eligible to play in university competitions, but her international and Allianz Premier 15s commitments mean she has done so sparingly.

Taking on Edinburgh in the final, it is a repeat of the game that should have taken place in 2020 before Covid-19 and lockdowns became a part of everyday life.

“We were all pretty annoyed,” Sing said. “I wasn’t expecting my 18th birthday in the semi-final to be the last game of the season.

“It was a really sad way to end because we lost a lot of girls who then couldn’t play which was quite upsetting, but now I feel like we are back in the final and we can play for them in a way.”

Instead of the showpiece event, everyone returned home and the two sets of players resorted to a battle on social media with a skills challenge.

Not quite the cut and thrust action that anyone was expecting, Sing was back on her family farm in Devon and got her exercise in the fields with the sheep and walking the family’s puppies twice a day.

Next Wednesday, both Hartpury and Edinburgh could include internationals, with there being an outside chance Sing could pull on a red jersey in the West Midlands.

Hartpury, who are also coached by Mo Hunt, can call on one-cap England international Mia Venner, whilst Claire Cruickshank’s Edinburgh will have a host of players returning from Scotland camp.

“I think the girls are really excited,” Sing said. “I feel like one thing we are holding onto is that we have beaten Edinburgh twice already this season.

“At the beginning of the season, in the first game we played Loughborough and we got destroyed, but it is so nice seeing the progress since then.

“The girls have come together, and we are probably now one of the best in the league. If we were good in the beginning, we could have potentially won it [the domestic season], but it is nice seeing how they have developed.

“I am excited to hopefully play alongside them on Wednesday, but just watching them I would be so proud.”

Having initially moved to Hartpury to do a BTEC in Animal Science, Sing has very much found a home just outside Gloucester. Her introduction to the production line of rugby talent came like so many others; through knowing someone else who went there.

In the case of Sing, it was down to several family friends attending Hartpury, playing sport alongside their studies, as well as meeting current teammate Ellie Gilbert whilst representing Devon at age-grade level.

Joking that her Mum made her wear two sets of shoulder pads after receiving special compensation from the RFU to play two age grades above after struggling to find a club, she eventually found a home at Crediton RFC.

Sing then applied to both Hartpury and Exeter University before settling on the West Country as the best place to forge her future.

Now recently 21, the back is keeping her feet on the ground. With all the chat of breaking unbeaten records and winning a Rugby World Cup in New Zealand, Sing is simply taking each day as it comes from this point on.

“After the Six Nations, I am just going to go back to Gloucester-Hartpury and try to improve,” she said.

“We have got two games and we are going to try and win both of them. We can’t make the playoffs, so it is just coming back, playing those two matches with the team and going from there.

“I think everyone has got an opportunity [to make the World Cup squad] to put their hands up, and if you play well, you have got every chance to go.

“There is probably 10 or 12 people that are going to miss out and it is going to be heartbreaking for them.

“I am just thinking one step at a time. I am the least experienced person in the team and the World Cup is there, and if I go, then great.