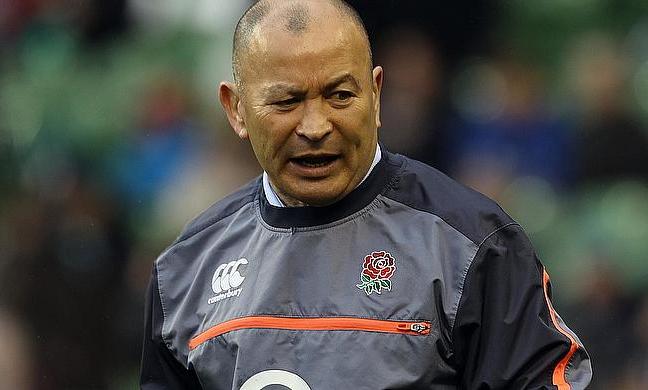 “Firstly, it’s good to see the whites of your eyes.”

That’s how Eddie Jones began his first in-person press conference for over two years on Tuesday morning. In that time, England have swayed from being unbeatable to being a side you are completely unable to predict.

Naming a 36-man training squad that will gather in London this Sunday, the Australian selected London Irish’s Henry Arundell, the England U20 cap highly touted by many, and is backing up his promise with scintillating tries, like the one he scored against Toulon in the Challenge Cup.

In recent days, the 19-year-old full-back has drawn comparisons to the likes of Matt Giteau, a player Jones gave his international debut to in 2002. Jones himself said that Arundell “reminds me a lot of Giteau”, the England Head coach saying that the London Irish back has a lot of work ahead of him to live up to that potential.

“There could be something good about him, but we don’t know what his desire is, we don’t know that his mental resilience is like,” Jones said.

“There are plenty of good young players who come through all the time and some of them have got something a little bit special.

“From what I know of him, and I have met him once briefly, he has got good attributes. We will only see that on the three days of training we have.

“We have got to make sure we train properly and then we see how it goes. Then he has 12 months to find his feet. Remember Nehe Milner-Skudder? He came from nowhere in 2015 and that is the sort of thing a young guy can do.”

Arundell is joined in camp with London Irish teammates Will Joseph and Tom Pearson, the Exiles duo three of 10 uncapped players in the squad. Alfie Barbeary is also recalled to the squad, whilst George McGuigan, Orlando Bailey, Fraser Dingwall, Louis Lynagh and Jack van Poortvliet completes the uncapped contingent.

Mako Vunipola, Joe Cokanasiga and Jack Willis are recalled after periods away from the squad. Vunipola has been a name on plenty of people’s lips since his initial omission from the squad ahead of the Autumn Nations Series.

“He’s scrummaging well,” Jones said. “His work-rate and defence is good, his carries are good. He’s getting back to his best, which is what we always wanted. At his best, he’s a very good player.”

When asked about the loosehead’s brother, Billy, will be back in contention, Jones said he’d be catching up with the back-row in the “next couple of days”. When it comes to the No.8s competition it is the likes of Alex Dombrandt and Tom Curry that will be in camp, with Sam Simmonds unavailable for selection following an injury that rules him out of contention for this summer’s tour to Australia.

That tour is very much on everybody’s thoughts, and with Jamie George, George Ford and Elliot Daly all rested, their late-season form and involvements at club level will largely dictate how heavily they will be relied upon down under.

Playing Tests in Perth, Brisbane and Sydney, it is the first time that Eddie Jones will have played the Wallabies on home soil since their 2016 tour, a whitewash carrying on Jones’ early successes with England.

But since those heady days, Jones has hardly had it his own way, with a fifth-place finish in the most recent Six Nations prompting the RFU to publicly back their man. During that time, much of the media coverage was to do with the potential early departure of the Australian, although speculation was duly put to rest.

“When you don’t win, it’s normal to be criticised, to be under fire a little bit,” Jones said. “I find that a normal part of coaching. I don’t think you ever get used to it, to losing. It is not a pleasant experience. But you take the positives out of the situation you have, and you look ahead and see what you can be doing in the future, which is what we have been doing.”

Eddie Jones leaves out wealth of experience as the England boss takes a look at the future in first squad of the summer.https://t.co/bwGgSl26H2 pic.twitter.com/ldcvHqOtzV

It therefore stands to reason that this summer could be the most influential of Jones’ tenure to date, the rotation in his squad suggesting he isn’t entirely certain of what his best side is.

Add to this the inclusion of a Henry Arundell and a Will Joseph, who have only burst onto the scene in recent months, while Barbeary has been a consistent fancy for the better part of two years.

“We are always looking for new talent to come through, and that is why these couple of young kids we are looking at now weren’t on the radar 12 months ago, because we didn’t know about them,” Jones said.

“Now they have come through, and so that is the talent pool, which is fantastic, and we have some older players coming back, which we haven’t had for 12 months. Which is great.”