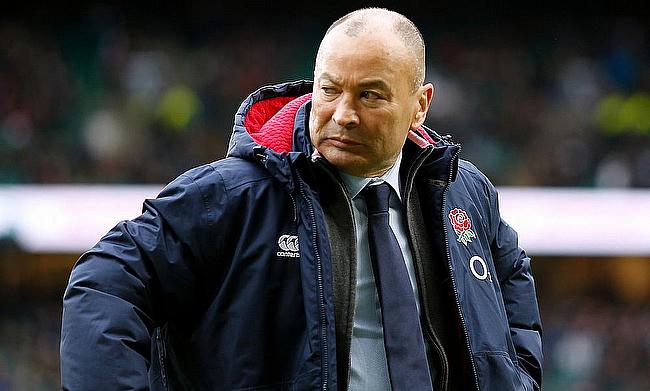 Eddie Jones has left out a cluster of experienced names from his 36-man squad for England's upcoming training camp as prepartions begin for their tour to Australia.

Ben Youngs is the most notable absentee from the three-day camp in London whilst Henry Slade, Elliot Daly, George Ford and Jamie George have also been left out. The front-row pair of Joe Marler and Kyle Sinckler won't be involved either.

The England boss was keen to stress these decisions were based on giving some of his senior players a rest as the climax to the Gallagher Premiership season begins to kick in.

Saracens duo Mako Vunipola and Owen Farrell have been recalled after missing the Six Nations - the latter through injury - while Anthony Watson and Manu Tuilagi have also been brought back into the fold by Jones.

The headlines may well belong to the uncapped inclusions, though, with London Irish starlets Henry Arundell and Will Joseph - younger brother of Jonathan - named in the squad ahead of their Premiership Rugby Cup final against Worcester Warriors on Tuesday evening. Clubmate Tom Pearson completes the trio from the Exiles.

Alfie Barbeary may get a chance to display his full capabilities to Jones as the Wasps back-row links up with the national side whilst Newcastle hooker George McGuigan, Fraser Dingwall and Tommy Freeman (Northampton Saints), Harlequins' Louis Lynagh, Leicester scrum-half Jack van Poortvliet and Bath's Orlando Bailey make up the 10 uncapped contingent.

Gloucester, who are one of the form teams in the top-flight and are targeting a play-off spot, have no players in Jones's plans.

As for injuries, the Exeter Chiefs' quartet of Luke Cowan-Dickie, Jonny Hill, Jack Nowell and Sam Simmonds are all currently on the sidelines with the latter needing surgery on his hip.

"We're excited about the first camp," said Jones. "There are 16 months to go until the World Cup and our aim is the World Cup so this is a small step, but a significant step. [It is] a bit of an experimental squad because of the fact we're preparing for the Barbarians game and then going on the Australian tour.

"As you know, the players are drip fed into the squad over that period of time so as a result we've left some senior players out and there are some young guys we want to have a look at.

"In terms of the squad, there are some players who have done well over the last period of time. We want to have a look at them and see what they can bring to the table, so that's number one.

"Number two, we've got 13 clubs in England (in the Premiership) and we've got to bring them all back together and find a style that suits the strength of the players."

On Farrell, Jones added: "It's been a tough period for him. It started with his club being relegated and he had a tough time playing. Then a number of injuries but he's back playing, been consistently good for his club, and part of the reason why Saracens have progressed so far in Europe and obviously doing well in the Premiership so it's good to see him back and fit."

Arundell's inclusion a snapshot of the future?

After his stunning solo try against Toulon in the Challenge Cup at the start of May, the international future of London Irish flyer Arundell has been a topic of conversation.

The Exiles full-back qualifes for England, Scotland and Wales but it is Jones who will be the first to work with the 19-year-old who did represent the Red Rose at the U20s Six Nations earlier this year.

"Obviously there’s been a fair bit of publicity about the young boy from London Irish (Arundell)," added Jones.

HENRY ARUNDELL, THAT IS UNREAL! ??

You won't see a better solo try than this for a very, very long time.

If you hadn’t noticed the youngster before, you certainly will do now ??#ChallengeCupRugby pic.twitter.com/KV86sxRySf

“I was particularly impressed when I went to see him play against Wasps. The ball was kicked to him and he knocked it on cold, so it wasn't great start.

"There's all this hooha about him being a fantastic player and he knocks the ball on cold. Next ball he gets a long pass, sees back space, chips and scores and that's the sort of mindset you want to see from young players who want to take on the game."

England take on the Barbarians on 19 June followed by Tests against Australia in Perth, Brisbane and Sydney beginning on 2 July.